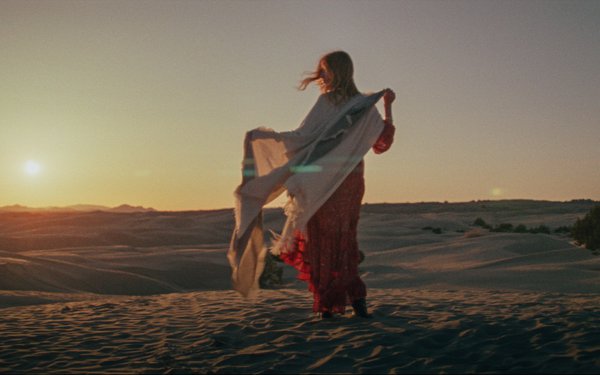 All the campaign creative was shot by Matte Projects with what Solaray says are five of seven Hawk Anamorphic camera lenses in existence. “Leveraging this medium signaled the company’s objective to bring the same level of precision and detail to creating the Solaray visual universe that the brand has applied to formulating efficacious supplements,” Michael Crooks, vice president of marketing for Solaray parent, The Better Being Co.’s HFS Brands, told Marketing Daily.

An experiential element of the campaign, through agency Edible, Inc., will launch in October with an online health-and-wellness assessment tool, designed to allow consumers to match their health interests with one or more of Solaray’s 900+ products.

Edible is also handling a project for lifestyle media and influencers in the wellness space, who will receive a personalized experience based on their own assessments, including an invite to a pop-up restaurant in New York City’s West Village.

Solaray has also launched new labeling, new post-consumer-recycled bottles, and sustainability commitments. In addition, it’s partnered with OneTreePlanted to plant 1 million trees by 2025, and parent company Better Being has signed up as title sponsor of the Forever Young Foundation's Wellness Initiative.

Solaray, previously sold only in health food stores (a category that includes Whole Foods and Vitamin Shoppe), is now also available via Amazon or directly from Solaray.com.