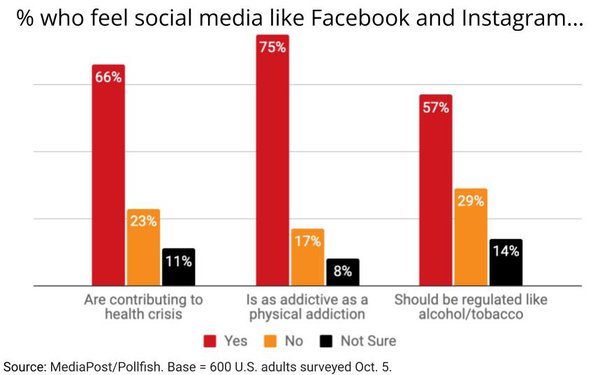 The vast majority of Americans feel social media platforms like Facebook and Instagram are addictive to them personally, are contributing to a national health crisis and should be regulated the way potentially harmful substances such as alcohol and tobacco are, according to a flash poll conducted late last week by MediaPost and Pollfish.

The study, which was fielded in the aftermath of Facebook's outages, also found that two-thirds of Americans said it felt like they were withdrawing physically from a drug, or that they were simply better off without access to the platforms, which includes Facebook, Instagram and WhatsApp.

Significantly, a significant majority of the respondents said they consider social media like Facebook and Instagram physically addictive to them personally and that they have considered deleting their accounts to make themselves healthier. 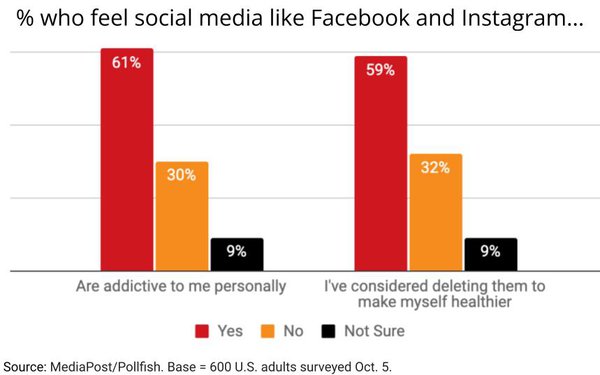 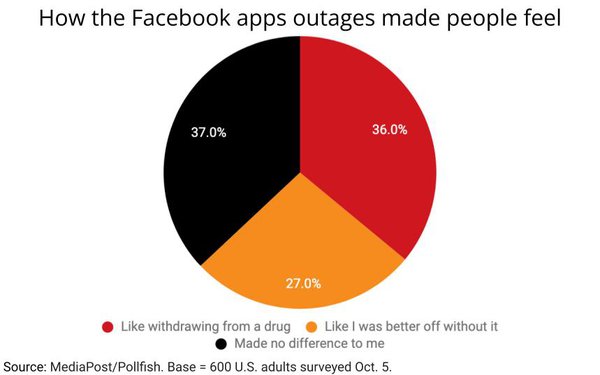