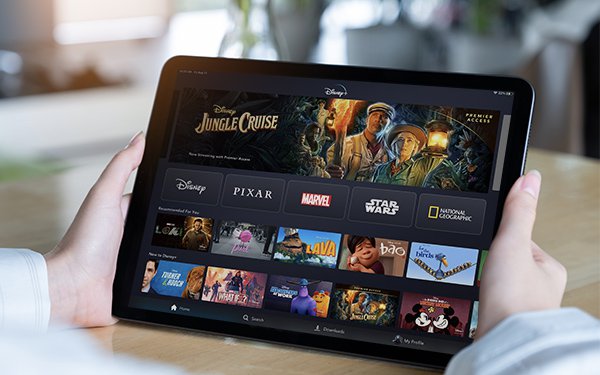 Is the slowing of Disney+ subscriber growth a temporary anomaly, or a sign that the streaming service has reached audience saturation levels that will make aggressive growth tougher and more expensive going forward?

On Monday, Barclays analyst Kannan Venkateshwar cited doubt about Disney’s ability to meet its aggressive projections for Disney+ for slashing earnings estimates for the company, downgrading the stock from an outperform to an equal weight rating, and lowering his price target to $175 per share, from $210.

In a note to investors, Venkateshwar argued that Disney+ will need to more than double its current growth pace, to at least the same level as Netflix, to achieve its stated target of 230 million to 260 million subscribers by the end of fiscal 2024.

The analyst based his move largely on the premise that Disney+ is not delivering as much new original content as Netflix and other key rivals, and suggested that this may need to be addressed.

Late last month, Disney CEO Bob Chapek warned during an industry conference that Disney+ “hit some headwinds” in its current fiscal fourth quarter, and expects to see subscriber gains in the “low single-digit millions — a significant dip compared to the previous quarter’s 58.5 million adds. Some analysts had been projecting growth in excess of 10 million for Q4.

Chapek attributed the slowed growth to issues including a delay in Disney’s new Star+ streaming service, challenges with partnerships in Latin America, pandemic-driven delays in content production, and a suspension of key sports coverage asset the India Premier League.

Yesterday’s rare stock downgrade sent Disney stock down about 3% in morning trading, to just above $171 per share.

And on top of that came content news that isn’t likely to change Barclays’ mind about Disney+’s growth challenges.

Disney, citing lingering production issues rather than concerns about box-office returns, announced yesterday that it is pushing back the release dates of all of the Marvel Cinematic Universe (MCU) movies it had scheduled for 2022.

The sequel “Black Panther: Wakanda Forever” has been pushed from July 22 to Nov. 22, and titles including “Doctor Strange in the Multiverse of Madness,” “Thor: Love and Thunder,” “The Marvels” and “Ant-Man and the Wasp: Quantumania” have also been delayed by several months.

The result is that there will only be three Marvel movies next year instead of the planned four.

How much impact might this have on attracting new Disney+ subscribers and retaining existing ones?

This year, after releasing several big movies — including “Mulan,” and “Black Widow” — on Disney+ for an extra $30 charge via Premier Access, Disney committed to giving the rest of its 2021 movies an exclusive 45-day theatrical window before releasing them on Disney+.

But it’s yet to reveal its theatrical versus streaming release strategy for next year.

It’s also unclear whether Disney+ Marvel-themed series tied to the Marvel movies might be affected.

Disney+ revived its 7-day free trial for a test in August/September.

But there are certainly those who disagree with Barclays' pessimistic growth outlook--including CNBC's Jim Cramer, who's sticking by the stock.

Not to mention Digital TV Research, which recently forecast that Disney+ will add 140 million subscription subscribers between 2021 and 2026, to bring its total to 284 million -- thus surpassing Netflix, which it projects will add 53 million subscribers, to reach 271 million by 2026.