Coke's Attempt To Engage With Gamers Flames Out On YouTube 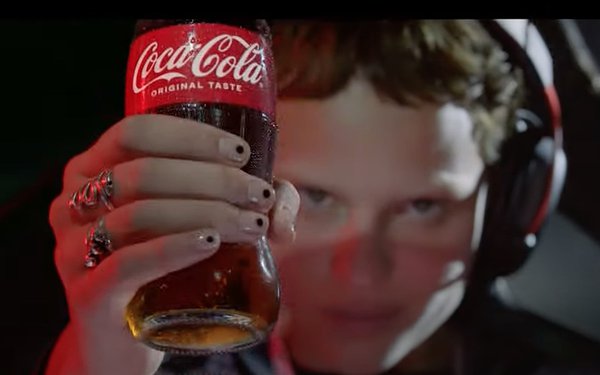 In online gaming parlance, Coke’s new advertising effort to engage with the gaming community is getting “smoked”—and that’s an extreme understatement.

As of today, a YouTube video accompanying the beverage giant’s new Real Magic “global brand philosophy and platform” had earned a whopping 56,000 dislikes to 3,900 likes.

The distaste is also communicated via such comments as “I appreciate the effort that went into this spot. Not only all the CGI budget, but also how they went through great lengths to NOT involve anybody who has the slightest clue about gaming in this project.”

Another commenter called the video “the worst representation of gamers I think I've ever seen.”

As previously reported, the “One Coke Away From Each Other” spot features appearances by noted gamers Alan Walker, Average Jonasas and Aerial Powers. In a virtual event last month to announce the new Coke platform they were joined by Sarah Iooss, head of sales for the Americas at Twitch, with which Coke has partnered.

In the video, a boy directs his monstrous gaming character doing battle with other monstrous creatures. After the boy uncaps and begins to drink from a bottle of Coke, his character throws down his weapon and the rest of the combatants do the same.

How could a venerable brand with eons of marketing experience and resources get something so wrong?

Marketing Daily reached out for comment to a rep for the agency involved, BETC London, but had not heard back by deadline.

According to Sean MacPhedran, director of digital strategy at the SCS agency, Coke connected well with gamers in a 2007 grand theft auto spoof that used humor instead of gravitas.

The beverage brand "had access to major esports personalities and a gigantic advertising research machine, so insights shouldn't have been a problem,” MacPhedran says of the Coke gaming spot. “Ultimately, using a video game competition as a proxy for world peace and togetherness just brought the campaign into a space where it took itself, and esports, too seriously and forgot to have fun with it."

According to Brendan Condon, chief revenue officer of search data company Captify, brands seeking to engage with gamers can’t treat them as a single bucket but rather a diverse group with distinct interests.

“For example, there are hard-core gamers, recent grad gamers, young professional gamers, et cetera,” says Condon. “Each of these sub-groups has different interests. Brands need to lean into data that will reveal more than the basic 'gamer' profile—but uncover deeper passions, interests and intent to create unique creative messages that speak to these nuances.”

In a July survey by London Research in conjunction with the Catalyst agency and digital media company Xaxis, 38% of 620 U.S. respondents ages 18-34 indicated they are or would be “very receptive” to advertising in video and mobile games.

Twenty-five percent of those respondents said they were “not receptive.”

ad campaign, beverages, carbonated beverages, gaming
1 comment about "Coke's Attempt To Engage With Gamers Flames Out On YouTube".
Check to receive email when comments are posted.
Next story loading