Is There Booze In Your Ice Pop? Iconic Brands Hopes So 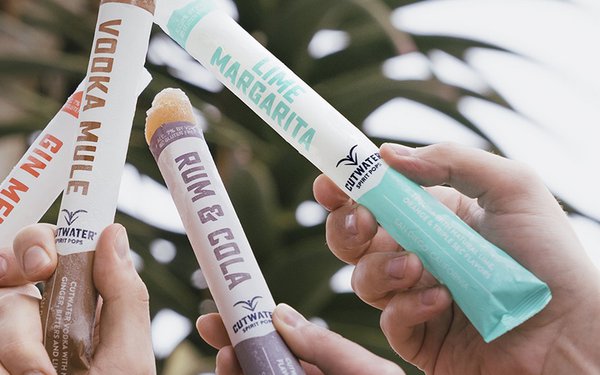 In July, Iconic spent $15 million plus $4 million in debt transactions to acquire TopPop, a company that packages frozen alcoholic pops and pouches for Anheuser-Busch’s Cutwater Spirits and other brands.

Speaking at the Dawson James Small Cap Growth Conference on Thursday, Iconic CEO Larry Romer noted that, prior to the acquisition, Iconic had just $1.2 million in revenue during the first half of 2021, but PopTops had $8.2 million.

That’s even more impressive considering that the packaging company only launched its first products during the second quarter of 2020.

Tom Martin, founder, president and COO of PopTops, said the company has produced 48 million adult ice pops for 16 different brands this year, and expects the number to reach 100 million in 2022.

Frozen cocktails in stand-up pouches are also going strong, Martin said, with a new Anheuser-Busch product set to launch in January, as well as a major vodka brand in both pouches and pops.

Also upcoming, he revealed, is a new category: four-packs of shots in cups, including Fireball, Fireball and Bailey’s, and Jello Shots.

PopTops also works with such companies as Creative Arts Agencies and  LiveX for branded products at arenas, stadiums and elsewhere. “Somebody can throw a cocktail pouch at a player and it won’t hurt,” Martin noted, with Romer adding that “Las Vegas casinos around the pool areas don’t want [broken] bottles anymore.””

During this past summer, Drizly, the alcohol ecommerce service, told Marketing Daily that the number of frozen products in its catalog had risen 105% over 2020, with the top players including Cutwater, Daily's Cocktails and Claffeys Cocktails, which claims to have introduced the first alcoholic freezer pops just seven years ago.

Touting Iconic Brands as the “fastest growing vertically integrated alcohol company,” Romer also touted a new line of Bellissima Premium Zero Sugar Still Wines, which he hopes will be available in the U.S. by the end of November. The wines, which boast just one gram of carbs as well as no sugar, will come in pinot grigio, chardonnay, rose, merlot and cabernet sauvignon.

The company isn’t neglecting celebrities, though. It’s just launched Sonja Sangria, a brand associated with Sonja Morgan, one of the stars of Bravo’s “The Real Housewives of New York City.”