With Nod To 'Seinfeld,' Fiverr Launches 'Something From Nothing' 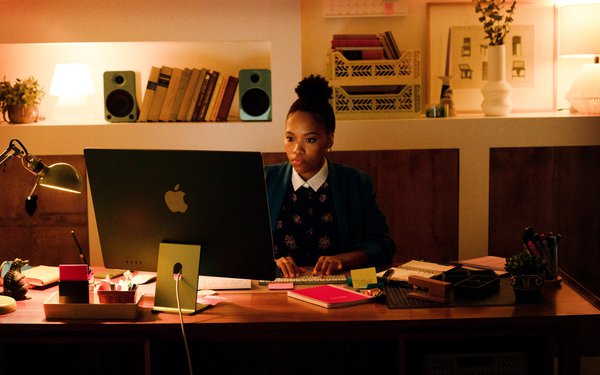 Fiverr, the digital services company, thinks millions of people are sitting on potentially brilliant business concepts but aren't sure how to turn them into something.

So its new campaign plays on ideas that are "nothing," at least until these dreamers tap into Fiverr's freelance network and use its many digital business-building services.

"Nothing was nothing," the ads begin, "until it was something."

The campaign is based on research showing that 25% of people in the U.S. say they have had a business idea in the last 18 months, although 60% never pursued it.

"Our purpose is helping anyone in the world, no matter who they are or where they are, build that business, that brand or that dream," says Duncan Bird, Fiverr's vice president of brand marketing and digital.

Many people think about how a new business might change their lives, "but there's a sense of inertia and not knowing where to start," he notes. "With that in mind, we started to play with the idea of how every single business and every single idea starts with nothing and can be transformed into something. Fiverr is the catalyst for getting that nothing idea off the ground."

Bird tells D2C FYI that the pandemic environment, between the Great Resignation of staffers and more people working remotely, has only enhanced those be-your-own-boss fantasies. He says people from 160 countries use Fiverr and are living proof of the possibilities of working with greater freedom. "Our platform is without borders. So what we're doing is leveling the playing field."

As is true with competitors like Shopify, among Fiverr's marketing challenges is that it serves the first-time entrepreneur as well as many medium and large companies. "It's important that our marketing be inclusive and reflect all types of customers," Bird says.

Ads are running in the U.S., as well as Australia, Canada, Germany and the U.K. In addition to digital and TV, both streaming and linear, the company is also putting out-of-home back in the media mix after a hiatus during the pandemic. "In the past, that's been fantastically successful for us in the U.S," Bird adds.

The media mix includes a fair amount of testing, "experimenting with Reddit right now, as well as podcasts," Bird notes. Fiverr is also continuing its work with influencers, whom Bird says have given the company a great deal of traction.

The company is no stranger to high-profile marketing efforts, including its buzz-building Super Bowl spot earlier this year featuring the Four Seasons Landscaping company. It has also gotten considerable press for "Out North," a short documentary about a North Nashville neighborhood's fight against high incarceration rates.

While Bird won't say yet whether Fiverr will buy into the upcoming Super Bowl, he describes the impact of last year's spot as "phenomenal."

Focusing the spot on the growing landscape business generated the kind of chatter most brands only dream about. "One of the fascinating things is how far beyond North America that extends,” Bird says. “The rest of the world watches the game, too -- especially the commercials. Our ad ended up trending as one of the top 10 YouTube videos for weeks after the Super Bowl."