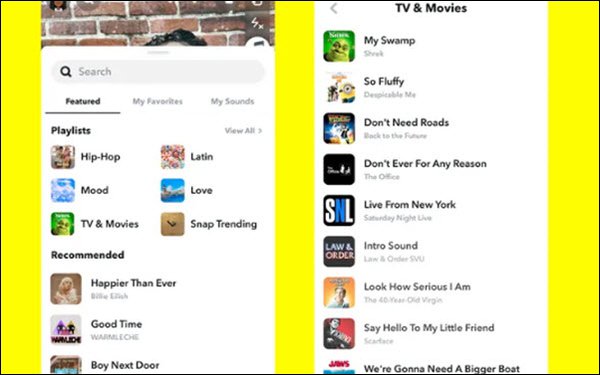 Snapchat has secured rights to enable users to include audio clips from hit NBCUniversal shows and films, including “The Office,” “Saturday Night Live,” “Parks and Recreation,” “Shrek,” Bridesmaids” and “Back to the Future.”

The agreement stands to help NBCU drive new prospects to its Peacock service and other streamers that license its content, as well as help Snapchat better compete against TikTok and other rivals for social media users’ engagement.

Users who receive Snaps that include an NBCU audio clip will have the option to swipe to view more information about that content, and a link to access the title from the streaming service it is hosted on, according to The Hollywood Reporter.

“NBCUniversal has an iconic catalog and we know Snapchatters will love adding quotes from their favorite movies and series to their Snaps to help perfectly express the moment,” Ben Schwerin, Snap’s senior vice president content and partnerships, stated. “NBC has been a tremendous and long-standing partner to Snap and we’re thrilled to continue to innovate together on new experiences for our community.”

Last year, Snapchat added the ability to include music clips in Snaps, via agreements with music groups including Warner, Universal and Warner Chappell. More than 520 million videos have used music to date, according to Snap.

Snapchat, which reported having 306 million active users as of the end of Q3, also launched its Spotlight feature for viewing short videos last year — and has been incentivizing engagement with challenges, including the use of specified sounds.