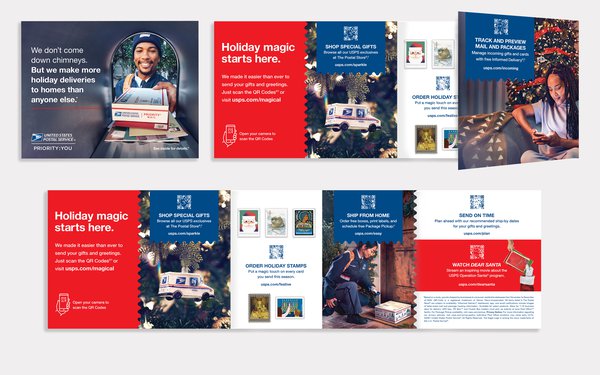 Delivering over a billion packages this holiday requires more than flying reindeer and a bottomless bag of gifts.

It’s not magic that makes more holiday deliveries to homes in the U.S. than anyone else. It’s the new trucks the United States Postal Service has  added to its fleet -- and most importantly, its hard-working employees.

That’s the message of a campaign that includes a 30-second spot from MRM-led McCann Worldgroup with the tagline “Priority: You.”

Last year the company knew people could not spend the holiday together with their loved ones, so the focus was on how USPS and its customers went the distance to make the holidays happen.

This year, USPS knows that there is a boom in commerce and instead is emphasizing that USPS has updated and enhanced its network, delivering more packages and gifts this holiday than ever before.

The postal carriers and postal clerks featured in the spot were played by actual employees with the United States Postal Service based around the country.

The effort, which runs through Dec. 19, includes digital, TV, out of home, social, direct and point-of-sale.