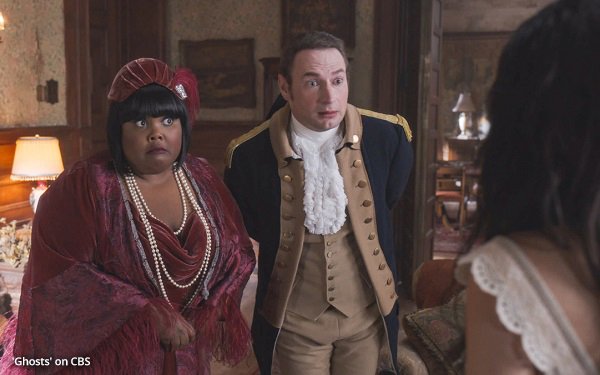 A TV show called “Billions” appears on a CBS sister network, but CBS has apparently caught a billions bug of its own.

The network -- owned by ViacomCBS, owner of Showtime, the home of “Billions” -- sent an unusual announcement out last week.

The announcement reported that CBS leads the other three broadcast networks in the amount of minutes viewers have spent with each of them from the start of the fall season on September 20 through November 7.

If any network has done this before, or does it more or less regularly, such a tally has never passed before me in 38 years of covering the TV business.

So, what are we to make of it? On the face of it, just applying the word “billions” to an accounting of viewership sounds impressive.

Specifically, CBS says that in the first seven weeks of the fall season, viewers have “consumed” more than 166 billion minutes of CBS content tallied on a Total Day, seven-day-a-week basis.

CBS also claimed viewing-minute victories for specific prime-time shows such as 3.5 billion minutes for the new drama “NCIS: Hawaii” and 1.5 billion for the new comedy “Ghosts” (pictured above).

CBS cites Nielsen Total Day “Most Current” data as the foundation for these viewing-minute calculations.

A couple of thoughts come to mind. One is the supposition that the margin of minute-viewership between fourth-place ABC and the other networks can be attributed at least in part to NFL football (keeping in mind that all four networks -- including ABC -- have some college football in the fall as well).

Still, ABC is the only one of the four without the NFL. Even Fox, which programs eight fewer hours of prime-time content per week than ABC, has more viewer minutes this fall -- a tally attributable to Fox’s plethora of NFL games, and the World Series too.

CBS’s ballyhooing of its viewing-minutes victory so far this fall might be the kind of announcement that one could qualify as a “scorecard” triumph.

In the world of network publicity, there is nothing wrong with taking a victory lap whenever a body of data warrants it.

That tradition certainly applies here. But it is also worth asking: What is the value of this data? Anyone reading this who has an answer to this question is free to provide it in the comments section below.

To be specific, as far as I know, advertising time is not sold according to billions of viewing minutes, although I suppose that a tally such as this might be useful in demonstrating the strength of some CBS shows relative to shows on the other networks.

On this subject, CBS’s press release said it has four of the top six shows in terms of viewing minutes -- an “aggregate [of] 10.4 billion minutes watched.”

But to my knowledge, no one buys advertising schedules according to viewing minutes in the billions. And if they do, please enlighten me.

The word “billions” does have its strengths, though. It is a number that is so high that it is difficult for most people to get their heads around. For many of us, the reaction is something like: Billions? Wow, that’s a lot!

The billions-of-minutes approach reminds me of analogies you sometimes read that are just as difficult to comprehend.

An example might be the occasional news feature about the environment that ventures the idea that if you stand up every plastic water bottle end-to-end that consumers around the world discard in a single week, this stack would reach the moon or some such.

Things like this defy our understanding. But like CBS’s research into the billions of minutes viewers spend with the network’s shows, it certainly sounds good.