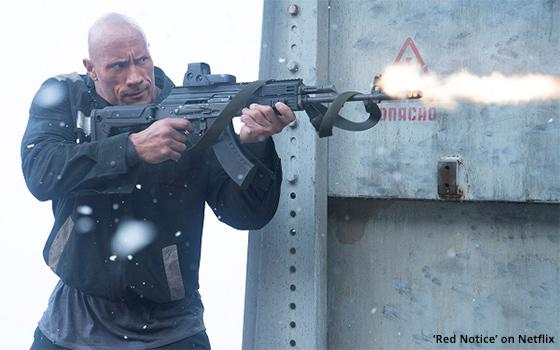 In the rollout of its new measurement metric on Tuesday, Netflix’s corporate communications on the subject seemed to emphasize that the company underwent this revamp primarily to satisfy its fan base.

But one suspects that subscribers -- i.e., ordinary folk -- who have occasionally taken to social media to cast aspersions on Netflix’s audience claims are not the only constituency being served here.

Clearly, there are constituencies with financial interests -- production partners, talent agents, investors, and stakeholders -- who have also sought better data from Netflix.

Perhaps they have let Netflix know this. And occasionally, you come across some of them talking about the issue in published interviews.

Here is what Netflix announced on Tuesday: From now on, the viewership data it releases -- specifically, its Top 10 viewing rankings -- will be “based on hours viewed from Monday to Sunday the previous week for both original and licensed titles,” the company said.

This “announcement” came in the form of a blog post on Netflix.com attributed to Pablo Perez De Rosso, vice president of content strategy, planning and analysis for Netflix.

The blog made no mention of the company’s previous metric for measuring a program or movie’s audience -- which, according to a Wall Street Journal report, was “based on the number of subscribers who watch at least two minutes of it.”

To demonstrate how its new data will look, Netflix released a Top 10 list of its movies and TV shows for the week of Monday, November 8, through Sunday November 14.

For those seven days, the action movie “Red Notice” starring Dwayne Johnson (pictured above) was No. 1 with 148.72 million viewing hours and on the TV side, “Narcos: Mexico” was No. 1 with 50.29 million hours.

Netflix apparently hopes this new methodology will satisfy a group of people who have posted mean tweets about the streaming service’s two-minute metric on Twitter.

“ ‘Nonsense.’ ‘BS.’ ‘Cherry Picked.’ ‘Unaudited.’ We’ve had a lot of feedback about our metrics over the years,” said the first sentence of the Netflix blogpost.

The sentence contained an embedded hyperlink to a YouTube video, also posted on Tuesday, that featured Netflix execs reading some of these mean tweets aloud.

This is something the company seems to have borrowed from “Jimmy Kimmel Live” where this has long been a recurring comedy bit.

The aim of the Netflix version seemed to be: Here is proof that our two-minute metric is coming under fire. The problem is, the few tweets showcased in the video are not that bad. Moreover, they are easily dismissed.

The announcement did include one oblique reference to creators of Netflix content. “This is an important step forward for Netflix, the creators we work with [italics added] and our members,” the company said.

“People want to understand what success means in a streaming world,” continued the statement from the company. “And these lists offer the clearest answer to that question in our industry.” This claim is debatable.

Then the announcement returned to its emphasis on the feelings of Netflix subscribers about its measurement methods. “Most of all, though, we hope our new weekly Top 10 on Netflix will help fans discover new stories and join new conversations.”

“What success means in a streaming world” -- to quote the announcement -- is perhaps even more important to those who Netflix does business with than with subscribers who made their feelings known on Twitter.

Those who produce the content and those who represent them are very interested in data -- measurements of “success” -- that they can use to enhance their positions when it comes to contract negotiations.

One entertainment honcho who was very vocal just last month about this issue was Richard Lovett, co-chairman of Creative Artists Agency.

“Streamers aren’t anxious to share all of their data,” Lovett said in an on-stage interview at a Wall Street Journal conference in October.

“They will share some sometimes,” he said. “We hope we will find a way to understand the partnership in a better way where more data is shared. In the meantime, we’ve got to work really, really hard for our clients so that we will fight for their value and for them to be paid fairly.”

Whether or not a new measurement system that replaces “two minutes” with “hours” will satisfy Netflix’s business partners who crave better data remains to be seen.