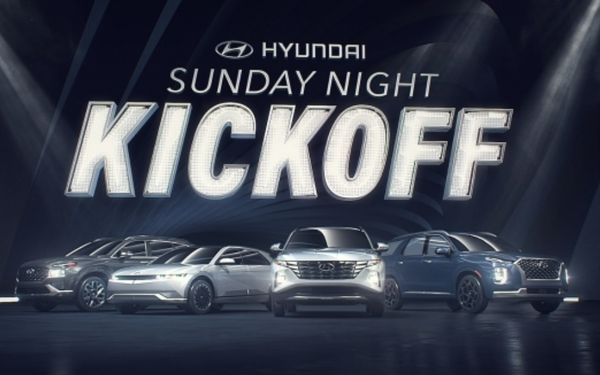 Hyundai is expanding its NFL deal with a sponsored content series.

The three-episode series is part of Hyundai’s presenting sponsorship of NBC’s Sunday Night Football Kickoff Show, which the automaker is returning to for a fourth consecutive season.

"Evolving the Game” will feature Hall of Fame wide receiver Jerry Rice and former Green Bay six-time Pro Bowl linebacker Clay Matthews who will have a conversation while driving the all-new, all-electric Ioniq 5.

The two former players will discuss the differences between their career journeys, how the game and their positions on the field have evolved, and how they see the game changing in the future.

“Like the game of football has changed over the years, the Ioniq 5 is an evolution of the automobile to something beyond just another new car,” said Angela Zepeda, CMO, Hyundai Motor America, in a release.

The series will air during Football Night in America leading into the Sunday Night Football games on Dec. 5, 12 and 19. Long-form episodes will also live on Hyundai’s YouTube channel.

During the games this season, Hyundai has run a variety of TV spots focused on its all-new Tucson, Santa Fe and Tucson plug-in hybrids, and a campaign with the upcoming “Spider-Man: No Way Home” film.