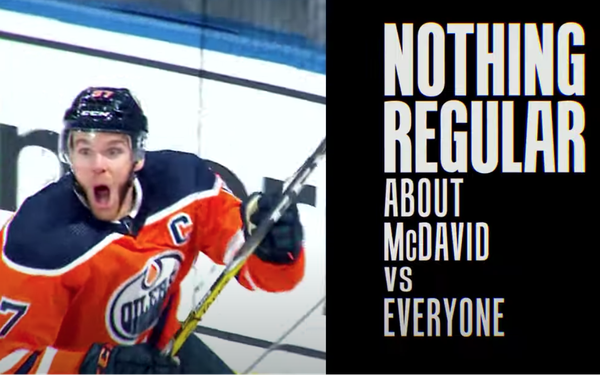 The National Hockey League is launching a star-studded campaign celebrating the return to a regular season.

Themed “Nothing Regular,” the effort from Highdive is created around the insight that in the NHL, there is nothing regular about the “regular” season.

Though the league and agency have been working together since August, this is the first time they are sharing the news about their partnership.

The campaign launched Nov. 26 on ABC during the 2021 NHL Thanksgiving Showdown, which featured the New York Rangers vs. the Boston Bruins. This also marks the first time the NHL has been on ABC since 2004.

Creative leans into the fact that the game is the fastest and most skilled it’s ever been and every regular season game is a chance to witness an incredible play, a new tradition or history being made, according to the the league.

"The ‘play of the year’ is made and re-made each week,” Hall says in a release, adding that the featured hockey players along with many other young players are redefining how to play the game.

The campaign will air in all national and local game broadcasts and ancillary programing (pregame, post game, other hockey programming) within commercial pods on ABC, ESPN, ESPN+, Hulu, TNT and NHL Network in the US, Sportsnet, CITY and CBC in Canada, and on every team’s regional sports network.