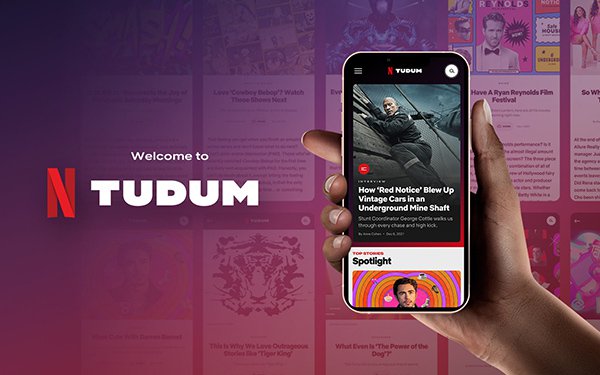 Following up its end-of-summer fan event called Tudum, Netflix is launching an entertainment news website of the same name -- offering fans news and videos about all things Netflix. It will include exclusive interviews, footage of TV shows and movies, and other related TV-movie content.

The site is called Tudum, which some believe is a riff on Netflix’s sonic logo -- “ta-dum” -- shown and played before films are screened on the platform.

Tudum could also direct fans of Netflix fare to where they can buy specific key items that appear in TV shows or movies -- such as the track suits worn by participants in the popular "Squid Game."

Bozoma Saint John, Chief Marketing Officer of Netflix, in a blog post says Tudum is a kind of backstage pass “for fans to dive deeper into the stories they love, fuel their obsessions and start new conversations.”

"Netflix is a part of the cultural zeitgeist,” he says.

The current lead story on the Tudum site is titled: "Burning Questions: The Year in Popular Culture Obsessions." The questions relate to specific Netflix content:

* "Does David Duchovny have a degree from Princeton?" This is in reference to the series "The Chair," a satirical take on academia starring Sandra Oh.

* "Am I A Chess God?" might be a question some may have after watching the series "The Queen’s Gambit."

* And "Who is Lady Whistledown”?" is a question some might mull around the Netflix series "Bridgerton."

In September, Netflix held a global virtual consumer event called Tudum for fans, talking up some 100 new TV shows and movies coming to the streamer. The first edition of Tudum was a localized event in Brazil in January 2020.