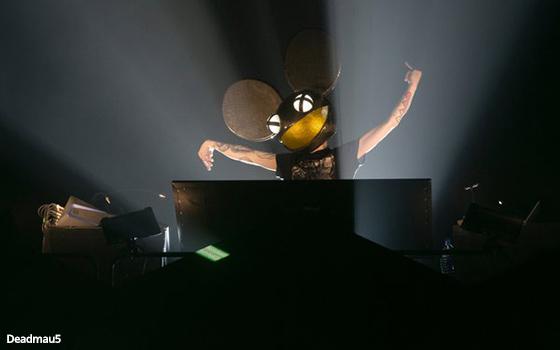 As NFTs continue to color our daily news feeds, it is interesting to look at how crypto is affecting specific industries.

Musicians in particular are beginning to take advantage of the possibilities of this new technology, which may have a major impact on the future of advertising.

Famed DJ deadmau5 is in the process of releasing his newest single, “this is fine” in the form of one million affordable non-fungible tokens (NFTs).

Priced in line with most individual tracks on iTunes or Amazon, fans can purchase the single through the Mintbase.io platform, powered by a blockchain called NEAR.

Most NFTs are wildly expensive. CryptoPunks, or Bored Ape Yacht Club avatars, for example, are pieces of art sold for millions and used mainly as digital status symbols. Both of these NFT collections are minted on Ethereum or Bitcoin -- which in August consumed the same amount of energy as the entire country of Thailand, which has a population of 90 million.

A major factor in Ethereum and Bitcoin's energy consumption involves their use of a proof-of-work protocol –- a consensus mechanism that some blockchain platforms use to verify transactions.

Proof-of-work protocols use an exorbitant amount of energy, while the alternative model -- proof-of-stake -- does not. Ethereum has already announced plans to adopt a proof-of-stake model in 2022.

However, deadmau5 decided to mint on NEAR, which already uses a proof-of-stake protocol. According to NEAR, their chain is effectively carbon-neutral.

With the release of “this is fine,” deadmau5 and featured artist Portugal. The Man are attempting to introduce crypto consumers to something different: a cheap NFT collectible on an environmentally friendly platform.

“Anyone that's explicitly buying an NFT for price-go-up isn't thinking about the space right, or is just hyping it,” says Chris Ghent, NEAR's Global Head of Brand Strategy & Partnerships. “This entire space talks about accessibility, but at the end of the day isn't a 69 million-dollar piece of art inaccessible?”

Ghent believes the emerging NFT market poses endless creative and communal opportunities for anyone, so should not make participating difficult. This is a belief that NEAR is taking to the streets of Miami, New York, and San Francisco through the end of January via retargeting buses adorned with QR codes linking consumers directly to the single download, which costs no more than $3.

By releasing the single as one million NFT units, NEAR is helping deadmau5 redefine what selling a platinum record means to the Recording Industry Association of America (RIAA).

Right now, the RIAA counts digital downloads and streams toward an artist's chance of going platinum. It does not count NFT sales. But Ghent made the point that with the easy trackability of blockchain, the process of deciding who went platinum and when would not only be faster, but more reliable.

“Brands who are thinking about this smartly are really starting to go, ‘Great, well, what's the new utility? I'm not just trying to make money by selling an NFT,’” added Ghent, who went on to highlight crypto's possibilities through the perspective of a music fan.

“Imagine if someone bought 50,000 of them. People do that for records because they love an artist and they are super-fans. Well, now the artist can actually see that one person helped them get even further down platinum.”

Theoretically, if he wanted, deadmau5 -- or any artist deciding to sell their music as an NFT -- could contact buyers through the blockchain.

This sets up the potential for artists to airdrop fans unique rewards like QR-code passes to special events. In this way, NFTs can be used for direct-to-consumer artists, influencer, and/or brand engagement.

In 2018, Ghent, like a lot of marketers, left a successful decade-long career working in major ad agencies for a more forward-looking industry. He believes crypto and blockchain are the future for advertising.

“I think you're going to see either a mass exodus of really good talent going out and helping to start and establish and legitimize these new projects,” said Ghent, “or you're going to see the holding companies get really smart in building and trying to actually leverage this stuff to show innovation and not just for innovation's sake.”

According to Ghent, crypto and blockchain tech provides a social medium along with creative possibilities enabled by code that are more exciting than traditional media placements. At the beginning of December, Ghent had seven open roles at NEAR, and so far he has filled four of them with former agency talent.

“If the industry doesn't move fast, they're going to lose some of their best talent,” added Ghent. “If the masses are going to adopt it, we have to train more people, and let's be honest -- marketers are some of the best people to communicate this stuff.”