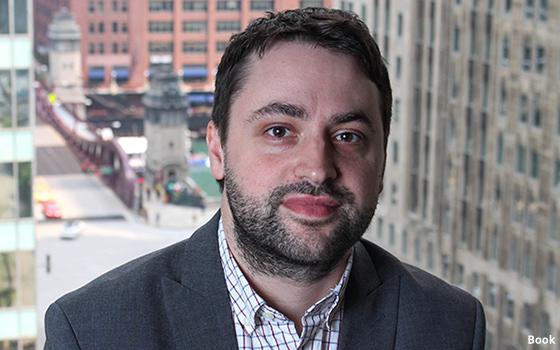 As we head into 2022, it’s clear that the 30-second TV spot is no longer the center of the advertising universe.

That leaves many ad execs scrambling for a replacement.

Mark Book, the head of content for Digitas, has worked on some viable replacements. There’s "A Woman’s Place," a film made in partnership with KitchenAid and Vox Creative; "Eat the Book," a four-part digital series made with Hello Sunshine, a media company founded by Reese Witherspoon; and "Beauty of Blackness," a film currently being produced with global retailer Sephora.

Book, a 15-year digital media veteran, said he’s just trying to tell stories and the format -- whether 30 seconds, 2 minutes or 30 minutes -- is irrelevant. “I’m coming from a place of, like, let’s tell the most impactful, larger story,” he says.

Book says a lot of “derivative content,” like spinoffs of existing TV shows, is being served up by the streaming platforms “because they know it works."

“It’s intellectual property, whether it’s Marvel, or whether it’s DC Comics, or whether it’s whatever that you know will get people to tune in, and they sort of understand what they’re signing up for,” he says. "What brands have the option to do, though, is to underwrite these projects that I think could be more innovative or interesting or different or purpose-driven.”

Book has been working on these types of projects for some time. A few years ago, he worked on a Taco Bell program in which he curated influencers on Instagram and other platforms like TikTok.

“We did a year-long program where we contracted these six creators, and we took them to the brand, we had quarterly meetings with them -- we downloaded them on the products, the ethos of the brand and all of them were super fans -- and we created this really interesting content engine that lasted for three or four years,” he says.

Such projects, like "A Woman’s Place," break through the 2022 viewer’s perceptions of what advertising is and carve a unique space that acknowledges a corporate sponsor, but seek to entertain or inform.

"A Woman’s Place," from Academy Award–winner Rayka Zehtabchi, is a 29-minute film showing young women trying to establish themselves in the restaurant industry. KitchenAid commissioned the film, which was produced by Digitas, Ventureland and Vox Creative.

That film follows butcher Etana Diaz, chef Marielle Fabie, and restaurateur Karyn Tomlinson after they graduate culinary school and begin working in the restaurant industry. “There was a freedom within cooking that I wasn’t getting with pastry,” Diaz says in one of the interviews. “Pastry was more precise, more rigid, but with cooking it was 'a pinch of this, 'a little bit of that'."

The film goes on to detail the exclusion they felt as women in restaurants. "In the very beginning, I was the only woman in the kitchen," Fabie says. “I think that they weren’t taking me for skill. I was like something pretty to look at in the kitchen.”

If a sponsored film sounds a bit like the early days of TV advertising, then Book agrees. "I feel like it’s one of those things where I have this sort of thought around like what’s old is new again,” he says. "Like this -- this whole idea of being part of the cultural zeitgeist -- continues to have kind of these life cycles where brands will adapt to what’s going on. They will then create something, and then they’ll figure out a formula. They’ll use that for five years. And then they’ll sort of continue to mix and match and play.”

Book is looking forward to re-premiering "A Woman’s Place" at Sundance in 2022.

Book says he sees that project setting the standard for Hulu for those types of branding deals. "They hadn’t done any of those before -- some of that timing was serendipitous," he says, "and the fact that Scott Donaton who had worked on the project in 2018, had gone over to Hulu in 2019 and was able to see that come full circle and launch there as their first branded film."