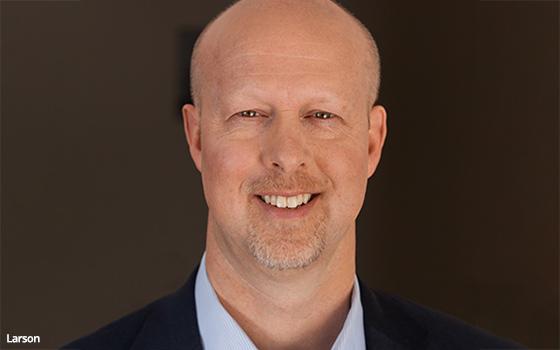 The only surprising thing about MediaPost’s selection of Jeff Larson as one of its 2021 All-Stars is that he is being inducted for media, not marketing. But that’s because after two decades working inside some of the world’s greatest brands — Subway, Procter & Gamble, and as CMO of the tri-state area’s Stew Leonard’s supermarkets — Larson took the leap to the agency side.

“If you’d asked me five years ago, would I be sitting here talking to you today in this context, I would probably chuckle,” Larson says of his decision in 2017 to become president of Sandy Hook, Connecticut–based agency Mediassociates.

No one is chuckling now. After taking agency founder and CEO Scott Brunjes' offer to take the reins of what was then a highly regarded and fast-growing regional shop, but one that was also dependent on one very large client — Southern New Hampshire University — Larson set out to do what he did for years as a brand manager for some of the world’s greatest marketers.

He set out to manage it like his own brand, focusing on the qualities that attracted him to Mediassociates and that he believes also differentiate it in the marketplace.

“The mentality and ethos of this place were holistic and based more on the principles of outcomes out, and not media for media’s sake. It’s about using media and analytics as a tool for solving business problems, which was always how I applied it to marketing,” Larson recalls about his decision.

In particular, it was his years in retail marketing at Stew Leonard’s and Subway, and the “roll-up-your-sleeves sense of urgency, and to be tactical and flexible to figure it out” that he brought to Mediassociates, especially in terms of impacting its culture.

“The culture-building has been a big part of this,” he says. “Of course it's about making sure we have the right strategy and the right people to get the work done, but it’s also about recognizing that how we get there is just as important as getting there.”

After assessing the team and its culture, Larson developed a strategic plan to reposition the agency around a “measurement-first approach” it calls “Precision Branding,” which is based on applying a performance-media discipline to top-funnel brand media.

By placing an emphasis on the agency’s unique culture, and recruiting the best people to round it out, he began investing heavily in technology to support better outcomes for the agency’s clients -- something he describes as a “working smarter” internal approach.

He characterizes the Mediassociates organization as a team of experienced media agency practitioners who don’t have time for “craziness and bullshit,” because they are focused on their clients’ results.

The timing of the reboot couldn’t have been better, because in 2019 its top client — Southern New Hampshire University — decided to bring its media in-house.

Instead of focusing the agency’s energy on pitching a replacement account, Larson focused on defining a new path that devoted its resources to developing unique analytics — especially ways of mining new data signals to identify the best prospective consumers online — and use the new capabilities to attract new business.

He brought in top research and analytics talent, including former modeling executive Jim Santa Barbara, to develop a proprietary attribution model built not for the kind of mega clients that usually leverage them, but for mid-size brands.

Leveraging the model’s secret sauce, Larson focused on developing a new approach to planning and buying based on what he calls “holistic” data signals.

And after reorganizing his teams based on an integrated digital/TV/video measurement on an account-specific basis, he invested in real-time measurement systems the teams could use to look at and manage their brands’ performance as it was happening, enabling them to adapt media plans and buys on-the-fly.

By recognizing that middle-market clients don’t hire agencies based on their specialities, Larson developed a holistic approach enabling Mediassociates to work as partners with creative agencies ranging from DNA to Mojo Supermarket.

The results speak for themselves. During 2021, Mediassociates grew its revenue by 70%, on top of 2020’s 33% increase, with gross billings now topping $200 million annually.

And the Sandy Hook–based shop — once dependent on one big online university client — now boasts a roster including Ziply Fiber, University of Phoenix, Mount Sinai Health System, Fannie Mae, Citizen Watch and the Strava fitness app, with no account representing more than 12% of its total business.