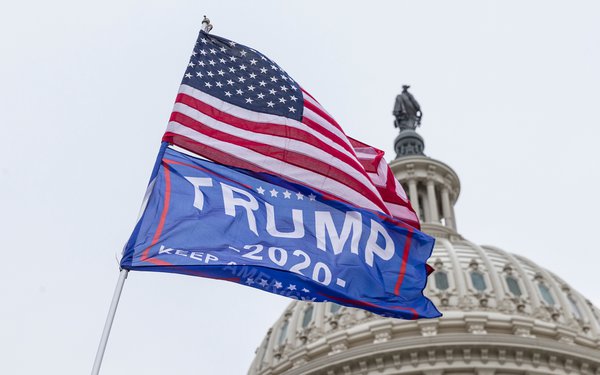 Data published Friday from NewsGuard shows 81% of the 113 U.S. websites known to have spread election misinformation following the 2020 presidential election still do.

Even worse, hundreds of major brands are funding these sites with digital ads -- despite widespread reporting on the problems, according to NewsGuard, a media watchdog.

The news includes spreading false claims about the election, including news about the January 6 attack on the U.S. Capitol.

When asked to cite several of the advertisers, Gordon Crovitz, co-CEO at NewsGuard, in an email to Data & Programmatic Insider declined to name individual advertisers, but said the company offers those running ads a free assessment of where their advertisements run.

"As you know, many advertisers don't realize where their ads are running and still wrongly assume their legacy brand-safety providers are protecting them," Crovitz wrote in an email.

Nearly a year later, the problem still exists globally. NewsGuard found that half of the European websites identified as spreading election misinformation last year continue to do so today.

NewsGuard identified 159 sites between Election Day on November 3, 2020 and Inauguration Day — January 20, 2021 — that spread false claims about the election. The specifics are noted in the company’s 2020 Election Misinformation Tracking Center.

NewsGuard also found that 892 major brands were financing the sites that have published election-related or January 6 misinformation during this time period through the purchase of digital advertisements, according to data from Moat Pro, an advertising intelligence tool.

Widespread reporting in the past year describes how misinformation sites are funded by programmatic advertising revenue, including a report by NewsGuard and media measurement firm Comscore.

The report published earlier this year estimates companies send $2.6 billion in ad revenue to misinformation sites each year. The nearly 900 brands advertising on the 159 sites NewsGuard identified as publishing election-related or January 6 misinformation represent a 32% decline from a similar period last year.

NewsGuard reviewed the publication of election-related misinformation such as falsehoods about the integrity of the vote and the January 6, attack during a 90-day period between September 1 and December 1, 2021.

Of all the U.S. sites included on the 2020 Election Misinformation Tracker, 81% have continued to share false claims.