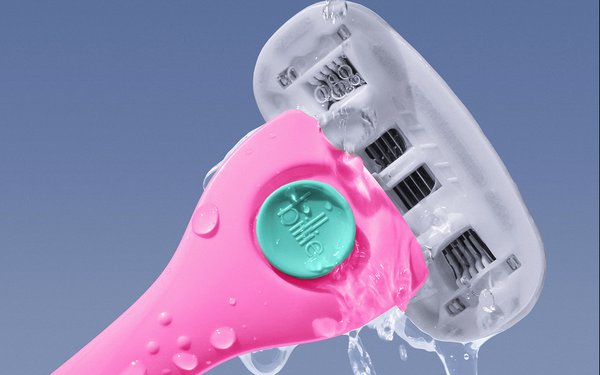 Billie is the latest D2C brand moving into IRL retail, rolling its line of women’s razor and body care products into Walmart’s 4,000-plus stores.

The company plans to launch a new marketing campaign next month to support the expansion, and help shoppers get to know the brand’s distinct personality, says co-founder Georgina Gooley.

“Billie’s goal has always been about normalizing women’s body hair,” she says. “So this is an exciting next chapter in our efforts to make us a household name. And this will make us more accessible to people who prefer to shop in stores.”

Recently acquired by Edgewell, the company has relied on brash, bold messaging since its launch in 2017. Built on the idea that women should only shave if they want to, Billie has also made value pricing a core part of its identity.

An early video went viral when the company ran the first women’s razor ad to actually show body hair. It’s since followed that up with a sassy encouragement to women to flaunt their mustaches in Movember -- and another reminding woman that it’s perfectly fine to skip summertime bathing suit shaves.

Gooley says the new campaign will build on the brand’s identity and showcase its bright colors and bold approach.

“It’s a fun, poppy campaign,” she tells D2C FYI. “We’re a highly visual brand, and that will be reflected in stores, as well, with both super-strong shelf displays and in our endcaps.”

Women’s razors are a crowded category, dominated by Procter & Gamble’s Gillette and its Venus division, Schick, and Flamingo, owned by D2C giant Harry’s.

While the jump to co-founder has been both “wonderful and humbling,” she says the agency experience “helped me learn how to carve out a brand and make Billie different from all the women’s razors out there -- and the men’s. It’s helped me focus on big questions, like 'Who are we?’ and 'How do we want to communicate with customers?’”

Core to that has been avoiding marketing pigeonholes in a heavily segmented industry. “We want to be a brand for all womenkind,” adds Gooley. “And we continue to be surprised how that plays out for our customers, with daughters who give their mothers Billie razors for Mother’s Day, and mothers buying them for their teen daughters.”

Billie, which has expanded its portfolio to include lip balm, dry shampoo and face wipes, donates 1% of its revenue to causes supporting women.

Edgewell bought Billie, which currently has about $90 million in annual revenue, for $310 million in November.