Used Vehicles Are Like Gold -- And Dealers Know It 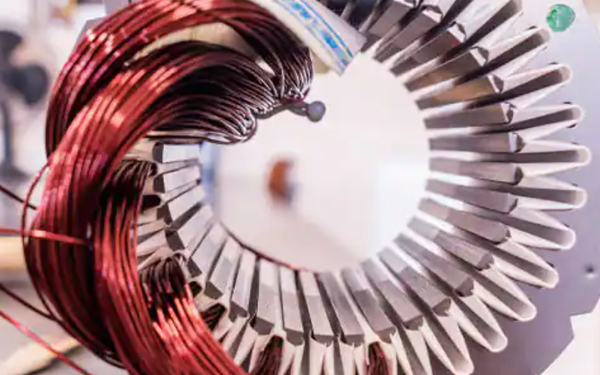 While I generally don’t cover the used vehicle market, I have heard several anecdotes in the past few days that have given me pause.

Clearly, there’s interplay between the new and used markets, which has perhaps heightened as the semiconductor shortages drag on.

As long as I can remember, it was a commonly held belief that new vehicles depreciate sharply just in that initial drive off the dealer lot. But people continue to buy new because they want the latest styling or technology or the guarantee of a bumper-to-bumper warranty. Historically, dealer incentives helped offset some of those costs.

Now, because of the supply chain shortage of new cars, incentives are practically nonexistent and used cars are becoming harder to find. Consumers are holding on to their current vehicles, so those in a position of needing to replace a vehicle are finding the choices of both new and used are slim.

Cox Automotive has reported a 17% drop in used-car inventory since the COVID-19 pandemic hit in early 2020.

If that sounds like a lot of money, brace yourself. The average transaction price for a new car is now higher than the manufacturer’s suggested retail price: $45,872 compared to $45,209, according to the most recent data from Edmunds.

A friend recently posted an anecdote about a relative who was trying to purchase a used vehicle and a salesperson who wanted to charge a rather exorbitant "dealer fee" -- $5K on top of the "price" of the vehicle.

Another friend said all the used vehicles with low mileage she was looking at were nearly the same price as a new vehicle.

So much for that drive-off-the-lot depreciation. I suggested she might be better off considering leasing if she thought she could keep her mileage low. She said that was also very expensive.

IHS Markit recently released a report on potential challenges within the electrical steel market.  “Electrical steel – Another temporary supply chain shortage or a threat to OEMs’ electrification plans?” addresses the idea that while major steel producers are investing millions to increase electrical steel production capacity, the rapid growth of the hybrid and electric vehicle segment could potentially cause material demand to outpace supply from 2025.

As the automotive industry battles the semiconductor shortages, which have prevented the production of 9.3 million units to date, the rapid expansion in growth of EV sales raises questions about the future availability of sufficient electrical steel needed to produce electric motors to meet the electrification targets set by regulators and OEMs around the globe, according to IHS Markit.

Some 88% of manufacturing is concentrated in Greater China, Japan, and South Korea and then exported to other regions, usually in the form of steel coils, per IHS Markit. Supply is extremely limited in North America. There are only five mills globally that have a broad product offering that meaningfully covers the full spectrum of products, and only one of them is located outside of Asia.

The shortage is expected to particularly impact automakers targeting a high share of hybrid and electrical models as part of their future product sales, per the report.

“Albeit battery electric vehicles (manufacturers, particularly pure-play OEMs like Tesla are more exposed, there is also an exposure for OEMs wanting to hedge their electrification bets with a higher hybridization share in their mix, like Toyota for example,” according to IHS Markit. “Additionally, the likes of Jaguar, Mini, Volvo, Mercedes-Benz and Alfa Romeo that intend to sell only plug-ins or EVs from 2025-30 onward, alongside larger OEMs like Renault-Nissan-Mitsubishi and Volkswagen.”

Bottom line: This potential shortage could severely affect automakers’ electrification plans if this is not addressed, according to IHS Markit.