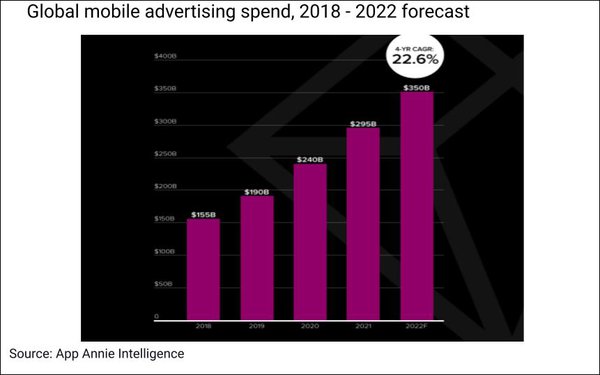 That would translate to a four-year compound annual growth rate/CAGR of 22.6% as of year-end 2022.

Mobile represented 70% of digital ad spend growth last year, and its dominance is expected to continue in 2022, with more advertisers using the channel for brand marketing, as well as performance marketing, the mobile data and analytics company reports.

Other key global mobile trends and stats highlighted in the report: 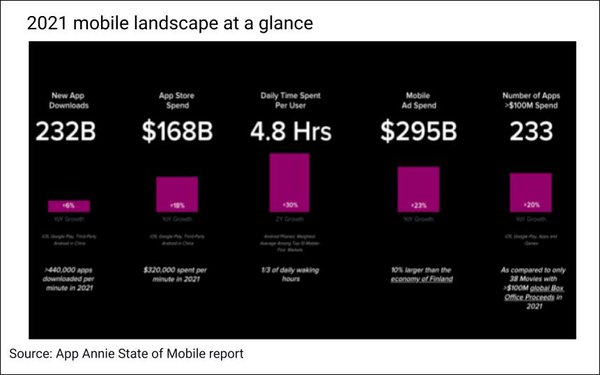 *Apps earning more than $100 million in consumer spend grew by 20%.

*Led by TikTok, seven of every 10 minutes was spent on social, photo and/or video apps. TikTok saw its user time grow 90% outside of its native Chinese market.