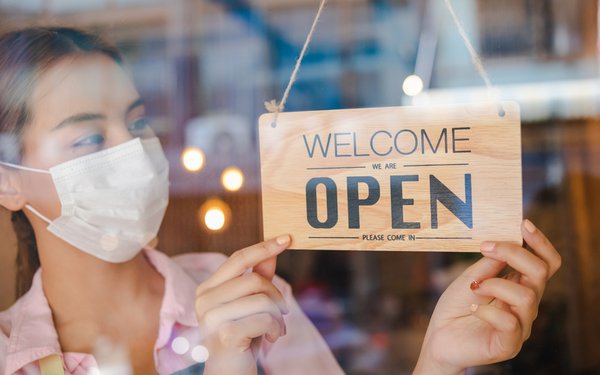 Brand loyalty is complex. Goya Foods got blasted for supporting President Donald Trump in 2020, and Burberry took slack in the media and on Twitter for destroying leftover merchandise for five years.

Consumers may voice their anger and frustration over these controversial issues, but new research finds 56% of shoppers will probably still buy these items regardless of the difference between their values and beliefs and the brand's stance.

Research from Clarus Commerce, which helps brands build loyalty, found 52% of shoppers valued product quality over beliefs, and 30% said they don’t need their values to match a brand’s. The study surveyed 2,500 U.S. consumers.

Take Abercrombie & Fitch, for example -- the brand was slammed last decade for a lack of diversity and inclusion, yet shoppers continued to buy apparel from the brand, well-known for its longwear apparel and jeans. The same goes for advertisers.

Another example is Meta, Facebook’s parent company. While some brands voice their disapproval with the dissemination of false information on the social media site, Facebook still reported net income of $9.19 billion. Revenue of $29.01 billion was a slightly below Wall Street consensus of $29.49 billion. 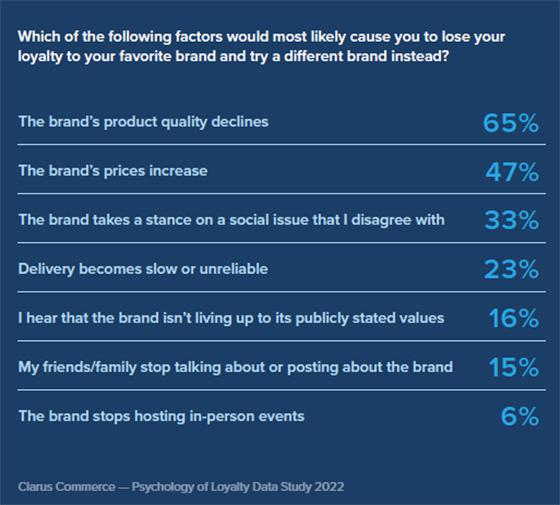 He said when the company did this survey it found 44% of consumers said they would continue to buy from brands that have different or opposing values, and many more shoppers aren’t aware of how their own values align with their favorite brands anyway.

“But that leaves a large group of people who do value those things,” he said. “Brands need to figure out these motivations and identify how they can engage and appease multiple customer demographics, not just one part of the group.”

What factors are driving consumers away from brands? Some 65% of respondents to the survey cite a decline in product quality, while 47% cite price increase, while 33% say they would be driven away when the brand takes a social stance the consumer disagrees with, 23% said when delivery becomes slow or unreliable, and 16% said when the brand doesn’t live up to its publicly stated values.

Interestingly, unpaid influencers only sway 46% of consumers’ opinions, while 44% said that paid endorsements influence their opinion. As it turns out, outside factors have less influence on brand loyalty than marketers might think.

Knowing what keeps customers loyal is important. When survey participants were asked to cite what best describes why they are loyal to a brand, 27% said higher quality products, 22% said strong sense of community, 17% said better pricing, 16% said the brands have a positive social impact, 11% said the brands know them, and 6% cited the convenience of using them.

Younger consumers don’t care as much about what the brand sells, as they do how it’s being sold. The biggest loyalty drivers for 18- to 24-year-olds are feeling a strong sense of community with others who are loyal to the brand as well as the brand’s social impact. For those over 40, quality is the dominant feature that drives loyalty.

Some 63% of respondents check their loyalty status or points at least once a month, and 36% check at least weekly. About 58% of respondents say they have rarely or never shared a post about their favorite brand on social media.

Some 37% have never searched for community events in their area from a brand they like. About 27% have never made a major purchase with the brand, while 24% have never checked their status loyalty points, 18% have never looked for news about the brand online, and 12% have never tried a new product or service from the brand.

The data also shows that consumers are growing tired of the attention given to brand values. Brands are often “canceled” too quickly, according to 76% of consumers, and 79% say brands can be targeted for political reasons.

Consumers are also not supportive of showy statements by activists. About 62% of consumers say destroying a product in protest is a bad way to show disapproval of a brand, and 75% of consumers said brands have the same right to free speech as individuals.

Viral trends and headlines make negative consumer actions like boycotts seem much more commonplace. Something consumers are paying attention to less these days.

Another interesting data point is that 60% of consumers are unaware of where their favorite brand falls when it comes to politics. After several shifts in political stance, brands may not need to worry about assuaging the whims of customers nearly as much as they may think they do or had done so in the past.