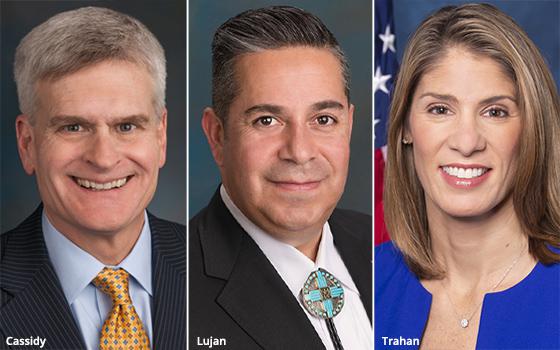 Commercial sites and apps would have to post short and “easy to understand” summaries of their terms of service, including information related to privacy, under a bill unveiled Thursday.

The Terms-of-service Labeling, Design and Readability (TLDR) Act, introduced by Senators Bill Cassidy, M.D. (R-Louisiana) and Ben Ray Luján (D-New Mexico) and Representative Lori Trahan (D-Massachusetts), specifically provides that the summaries must include information about the types of “sensitive” data collected, and whether that data is necessary, and whether consumers can delete their data.

“For far too long, blanket terms of service agreements have forced consumers to either ‘agree’ to all of a company’s conditions or lose access to a website or app entirely. No negotiation, no alternative, and no real choice,” Trahan stated this week.

Industry watchers have long said online privacy policies are too lengthy and confusing.

Back in 2008, researchers at Carnegie Mellon University reported that if every U.S. Web user read the privacy policy at every site visited, the amount of time spent reading privacy policies would total 44.3 billion hours per year.

“Navigating Google’s user-facing privacy representations is a singularly fragmented affair,” U.S. District Court Judge Richard Seeborg in San Francisco wrote in a ruling that allowed mobile users to proceed with claims that Google violating their privacy by sending analytics data about their online activity to outside developers.

Google had urged Seeborg to dismiss the case at an early stage, arguing that the consumers consented to the data collection.

Seeborg rejected that argument, writing: “Where, as here, a company’s public-facing statements are legitimately confusing, it is not the public’s fault for being confused.”