DirecTV To Drop One America News, In Major Blow For Right-Wing Outlet 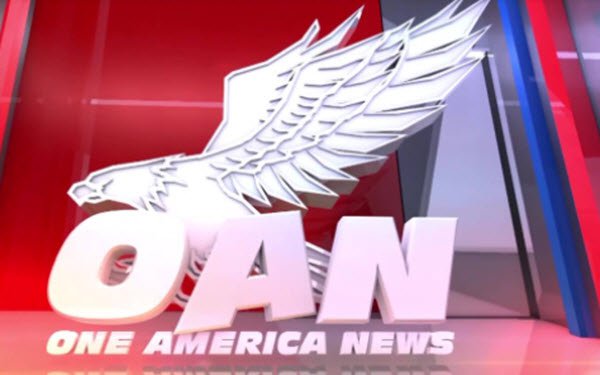 That will be a major distribution and financial blow for the far-right network, known for unwaveringly repeating Donald Trump’s declarations, including false conspiracy theories about the 2020 election, and for spreading misinformation about COVID and vaccines.

“We informed Herring Networks that, following a routine internal review, we do not plan to enter into a new contract when our current agreement expires," DirecTV said in a statement to the press.

The contract with Herring, which also included its AWE lifestyle channel, will expire in early April, according to a Bloomberg source.

DirecTV is OAN’s largest distributor. It is also carried by Verizon FiOS and smaller pay-TV providers, and can be streamed on an online TV service, KlowdTV.

Last October, Reuters reported that that the inspiration for OAN’s 2013 launch came from AT&T executives who wanted a conservative network in addition to Fox News to balance several left-wing networks.

In response to the Reuters report, AT&T released a statement saying that "AT&T has never had a financial interest in OAN's success and does not 'fund' OAN... When AT&T acquired DirecTV, we refused to carry OAN on that platform, and OAN sued DirecTV as a result. Four years ago [in 2017], DirecTV reached a commercial carriage agreement with OAN, as it has with hundreds of other channels and as OAN has done with the other TV providers that it carries on its programming. The decision of whether to renew the carriage agreement upon its expiration will be up to DirecTV, which is now a separate company outside of AT&T."

AT&T spun off DirecTV, AT&T TV and U-verse as a standalone joint venture with TPG last year, but still owns 70% of the company.

Critics have urged DirecTV and other distributors to drop OAN.

In a blog post in November, John Bergmayer, legal director at the advocacy group Public Knowledge, called OAN “a peddler of toxic lies,” citing its “support for the ‘Big Lie’ that the 2020 election was stolen and the fact that it’s consistently giving airtime to conspiracy theories and misinformation on COVID-19.”