App Bill Aimed At Curbing Apple, Google Dominance To Be Marked Up This Week 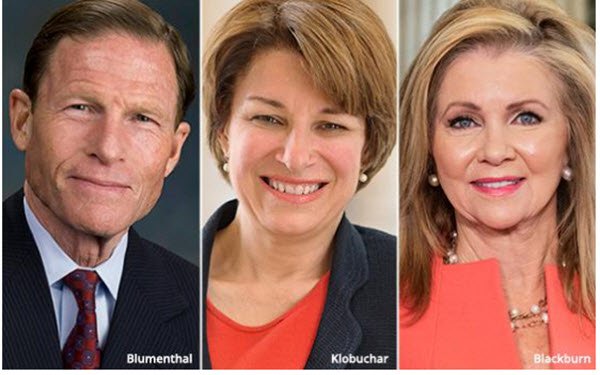 In a potentially significant step for efforts to curb dominance of the app marketplace by Google and Apple, the Senate Judiciary Committee has announced that it will hold a markup this Thursday on the Open App Markets Act.

The bill seeks to “stop Apple and Google from crushing competitors and undercutting consumers,” Blumenthal said in a statement. “Breaking the ironclad grip of these two behemoths on the multibillion-dollar app market is long overdue."

The formal hearing will “bring us one step closer to holding big tech companies like Apple and Google accountable,” said Blackburn, adding: “Tech giants are forcing their own app stores on users at the expense of innovative start-ups.”

“As we have seen in Korea, the EU, the UK and the Netherlands, governmental action is necessary to bring competition to the digital marketplace and gatekeepers cannot be trusted to voluntarily self-regulate,” said the Coalition for App Fairness, in a statement about the bill markup announcement.

If enacted, the law would be enforced by the Federal Trade Commission, under its Section 5 authority overseeing unfair competition methods. Individual state attorneys general would also have the latitude to bring civil actions based on violations, and individuals, including app developers, could file suit (and get treble damages if they win).

Supporters of the bill, including Consumer Reports, the Electronic Foundation and Public Knowledge, say it would ensure fairness for users and developers without compromising security or privacy.

The platforms and their supporters argue that it would (in the words of tech-industry funded group Chamber of Progress) “erode the security, trust, and convenience that consumers value in app stores and mobile devices.”

Google has argued that Android devices come preloaded with more than one app store, and app marketers can already enable downloads outside of the Google Play Store.

In early December, Apple, which has touted the economic ad innovation benefits of its app store — claiming it supports more than 2.1 million jobs across the 50 states — got a reprieve on another legal challenge to its app store practices.

Apple lost a year-long court battle with developer Epic Games last September, but on the day before Apple would have been legally forced to make policy changes to its app store, a federal appeals court ruled that Apple could delay changes until its appeals of the Epic verdict make their way through the courts — a process that could take more than a year.