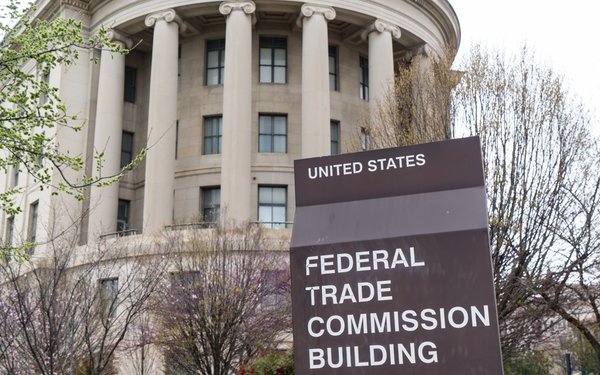 Aiming to crack down on acquisitions that violate antitrust law, the Federal Trade Commission and Justice Department on Tuesday asked for public comments on new merger guidelines.

“Recent evidence indicates that many industries across the economy are becoming more concentrated and less competitive -- imperiling choice and economic gains for consumers, workers, entrepreneurs, and small businesses,” the FTC stated Tuesday. “These problems are likely to persist or worsen due to an ongoing merger surge that has more than doubled merger filings from 2020 to 2021.”

The officials launched the inquiry the same day that Microsoft announced plans to purchase Activision Blizzard for $68.7 billion -- which would be the largest deal to date in the gaming industry, if it goes through.

The inquiry, launched Tuesday, seeks input on a host of questions, including whether there should be different standards for horizontal mergers (which occur when a company acquires a competitor) and vertical ones (such as between a manufacturer and supplier). Last year, the FTC voted 3-2 to withdraw its prior guidelines for vertical mergers.

The agencies also specifically ask how the guidelines should address “unique characteristics” of digital markets -- including tech companies' ability to aggregate data.

Current FTC Chair Lina Khan is known as a proponent of aggressive antitrust enforcement. She was among the counsel to the House Judiciary Committee’s antitrust subcommittee, which criticized large tech companies in a 2020 report. She also served as legal director at Open Markets Institute, which advocates for aggressive enforcement of anti-monopoly laws.

On Tuesday she stated: “While the current merger boom has delivered massive fees for investment banks, evidence suggests that many Americans historically have lost out, with diminished opportunity, higher prices, lower wages, and lagging innovation.”

Last November, Senators Amy Klobuchar (D-Minnesota) and Tom Cotton (R-Arkansas) proposed the “Platform Competition and Opportunity Act,” which would prevent large platforms from acquiring other businesses, unless the platforms proved that the proposed acquisition would not remove a competitor or potential competitor from the market.

Currently, regulators who want to block a merger must first prove that the deal would harm competition.

Klobuchar and Chuck Grassley (R-Iowa) also introduced the “American Choice and Innovation Act,” which would prohibit “dominant platforms” from “discriminating among businesses that use their platforms in a manner that would materially harm competition on the platform.”

That bill is slated to be marked up Thursday by the Senate Judiciary Committee.