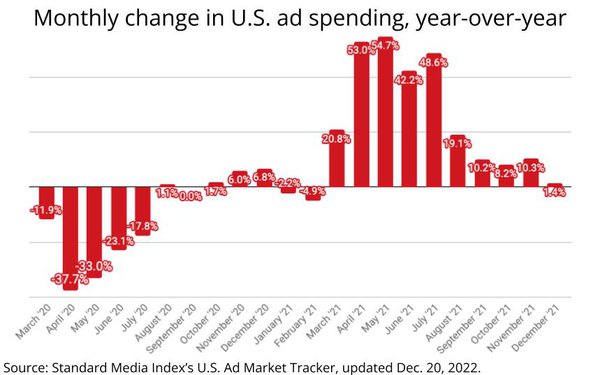 U.S. ad spending rose for its tenth consecutive month in December, but the rate of expansion decelerated markedly from recent months.

The data, which is based on a MediaPost analysis of Standard Media Index's (SMI) U.S. Ad Market Tracker, shows that total spending rose only 1.4% vs. December 2020.

And while it is the biggest volume for December since SMI began indexing the U.S. marketplace -- up 8.4% from the pre-pandemic comparison in December 2019 -- an analysis of advertising categories indicates the expansion is far from even, as almost all the growth has come from advertising's long tail.

"Full calendar year investment reached a record high," SMI's analysts noted, indicating that in terms of the broader view, the U.S. ad industry appears to have fully emerged from the COVID-19 recession, with the full year market rising 18% over 2020 and 9% over 2019 (see related story for full-year, quarterly and explicit media ad-spending trends). 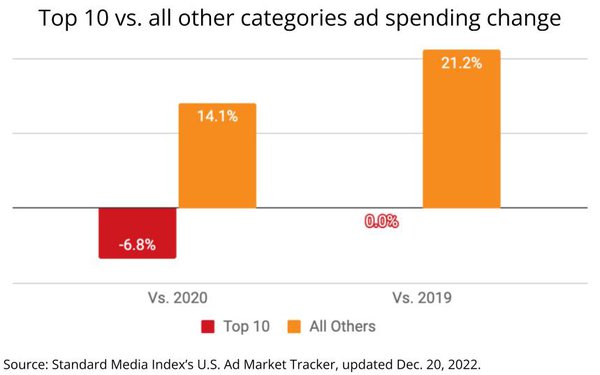