Consumers And Ad Execs Align On Misinformation, Sort Of 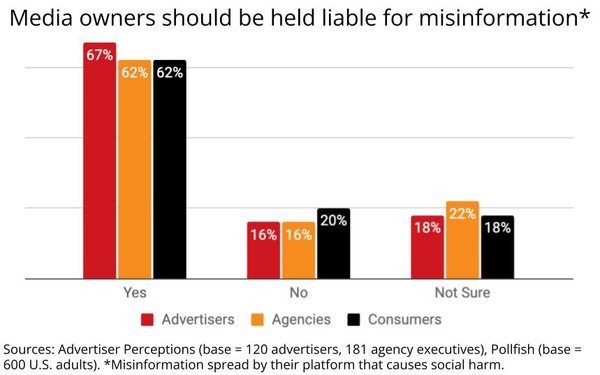 In the lead-up to National News Literacy Week this week, I fielded two separate studies asking people who should be held accountable for misinformation that causes social harm.

What we found was that ad execs -- both advertisers and agencies -- are in unison with consumers that media owners should be held liable if and when they disseminate harmful misinformation.

The finding is one of those rare times that I've conducted parallel consumer and trade surveys that actually aligned on the subject of media.

However, when we asked a second question -- whether advertisers should also be held accountable when they sponsor media that spread misinformation that causes social harm -- there was more of a disconnect.

Not surprisingly, more consumers (about two-thirds) believe advertisers are accountable for sponsoring misinformation, while only half of ad execs do. (Interestingly, advertisers are a little tougher on themselves than their agency counterparts are on the subject.)

Look for other coverage related to National News Literacy Week, which was founded three years ago by the News Literacy Project, including a special roundtable discussion on Friday featuring some top advertising and media executives that I'll be moderating -- and covering -- to examine the "business" of media misinformation, and what can be done about it.

If you have ideas about that topic, and/or questions you think I should ask, email me at joe@mediapost.com. 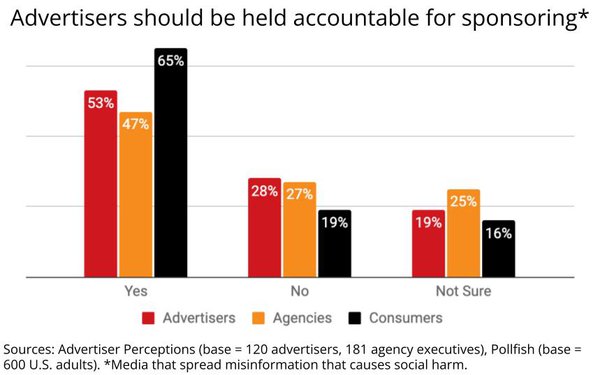