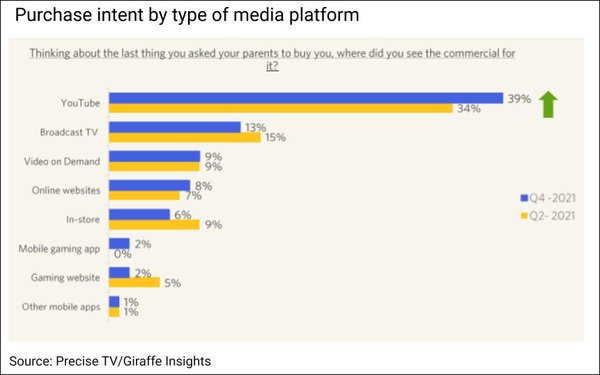 A new study of kids’ media consumption, recall of brands and ads, purchase intent and other media behaviors shows video-on-demand (VOD) consistently coming in behind YouTube, and sometimes behind broadcast TV.

The survey with 2,000 U.S. families, including kids between the ages of two and 12 years old and their parents, was conducted in November 2021 by kids’ contextual advertising platform Precise TV and kids’ research firm Giraffe Insights. Both kids and parents were asked questions during a 15-minute survey. The report also compares results from the same survey conducted in April 2021.

The results bear out YouTube’s dominance among kids, although VOD performs solidly on a number of factors.

When it comes to consumption patterns, YouTube is far ahead of all other media, with 90% of kids reporting they’ve recently used it to watch content — but VOD is second, at 66% (albeit down from 71% in April survey).

While you might think Disney+ would be the de facto kids’ streamer choice within VOD, Netflix actually turns out to have a slight edge (54% versus 51%). Of course, Netflix is much older and still has a larger subscription base than Disney+, so that alone might account for Netflix’s edge. 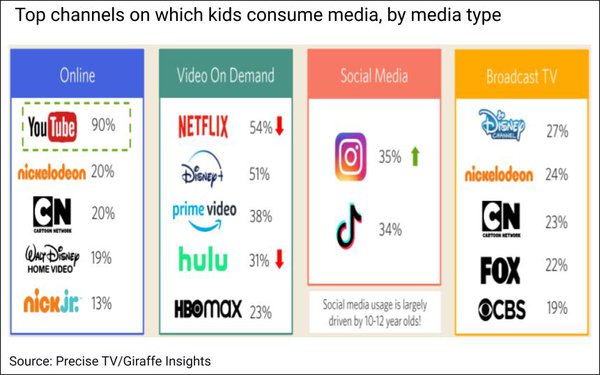 Asked where they've recently seen any commercials, YouTube is cited by nearly three quarters of kids, followed by broadcast TV and VOD in a virtual tie, at 33% and 32%, respectively. 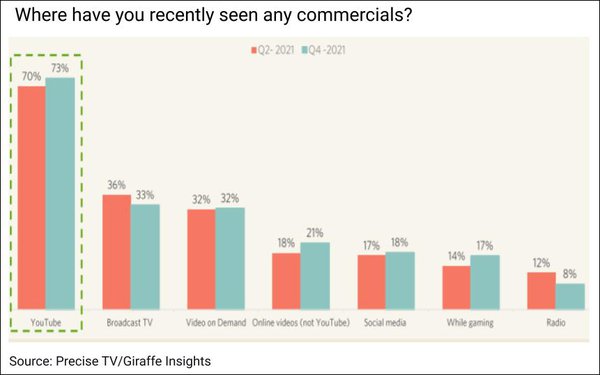 The study confirms that the types of content consumed on a media platform influences which brands' ads are most recalled. 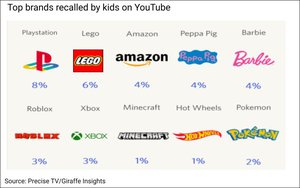 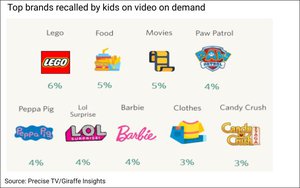 The results also confirm that ads that are contextually aligned with the content in which they're seen generate higher recall. Seven in 10 kids agreed that they're more likely to remember an ad if it is related to the topic of the video they're watching.

In part because YouTube's ads are more likely to be contextually aligned, according to the researchers, it drives the highest levels of product purchase intent (where kids report having seen the last product they asked their parents to buy for them).

That's three times the level of the second medium, broadcast TV, which is at 13% (down from 15% in April).

Once again, VOD isn't far behind broadcast TV--coming in at 9% in both waves of the survey.