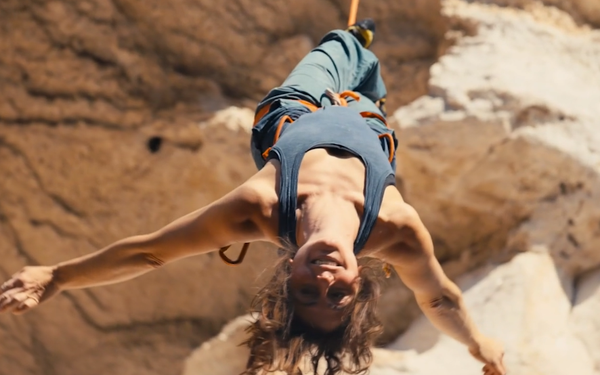 Citing a lesson learned during the pandemic, Vibram, maker of outer soles for footwear, is pivoting from previous campaign efforts to highlight brand attributes instead of product specifics.

The company, with its agency, New York-based Slugger Creative, started developing the campaign with a concept about the practical benefits of soles.

They were shocked to realize that there was a big knowledge gap in stores about the brand that didn’t previously exist. The company concluded it was due to pandemic staffing issues.  Exacerbated workforce turnover meant the company could no longer guarantee the in-store support it had previously relied on.

Thus, the marketing team decided to bet big on the brand and tie the notion of reliable soles to the soul of the brand.

“We see an opportunity to matter in more ways to more people than we could with product attributes,” said Fabrizio Gamberini, President and Global Chief Brand Officer for Vibram. “So, we’re proclaiming our true essence to people directly in this campaign. We give you a better grip on the ground whatever you’re doing and wearing, so you should be looking for our soles always.”

In addition to several new video spots, the “This Is My Sole” campaign will run as digital display, print and out-of-home ads with runs in New York, Los Angeles, and at ski resort areas across Europe.

The campaign shows a new cast of people who wear different types of shoes—all with Vibram soles-- including a mountain climber, an industrial worker, and an office worker.

In one new spot  the mountain climber faces a peak as the narrator intones, “This is my playground.” Then the field worker surveys a wind farm as the narrator says, “This is my corner office.” A young-professional walks a New York City intersection noting, “This is my Launchpad.” We see them in action as the line “This is my sole,” repeats followed by a new tagline, “Vibram: confidence in every step.”

A separate suite of banner ads and billboards feature the characters individually, with “This Is My Sole” centered in the frame.