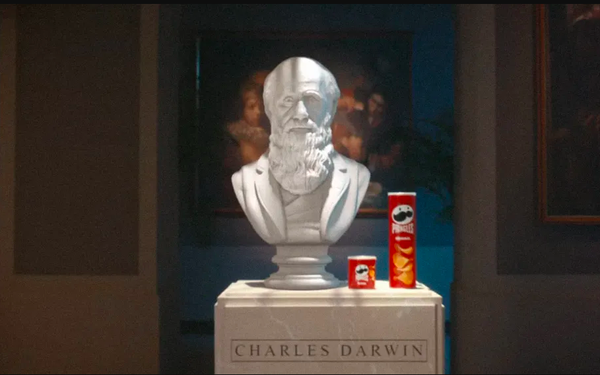 This is the Kellogg-owned brand’s first refresh since the 2018 “Pop, Play and Eat” and the follow-up: “Once You Pop, You Can’t Stop.” The idea is to channel the playful side of Pringles fans, positing it as the ideal snack.

More telling, it's the first global brand relaunch in more than 25 years.

The creative is from the Grey agency.

The 20-second ad links the chips' shape to the universe and a human tongue, the better to experience Pringles flavors. It ends with biologist Charles Darwin giving credence to such views.

The campaign will run on TV, VOD, online video, social and out-of-home until April 23.

Stephen Duggan, Pringles activation brand lead, said 'Mind Popping' is seen “as a step change not only for the brand, but for the category.”

The new campaign is augmented by the "Mind Popping" light show streaming on Pringles YouTube channel at 2:30 p.m. ET on Feb. 9 at the Lee Valley VeloPark in London.

“When we researched Pringles, we started to discover stories and facts that blew our minds. The fact that a famous sci-fi author invented their baking machine, that the universe is shaped like a Pringles chip and that the chip perfectly fits the tongue, all led us to the thought of ‘Mind Popping.’ And how, what looks like a simple potato chip, is in fact so much more,” said Christopher Lapham and Aaron McGurk, Gray global group creative directors.

Pringles also gave its mascot a makeover in 2021, the first time in 20 years. The new design secured Mr. Pringles with what the company called a “modern emoji-style look.”

Kellogg’s spent under $100 million on advertising in digital and national TV in the last year, according to Media Radar. Pringles spent approximately $45.7 million on TV commercials in total in 2020, up 21% from the $37.7 million it spent in 2019.

Pringles was introduced by P&G in 1968 as “Pringle's Newfangled Potato Chips” and was later sold to Kellogg’s in 2012. 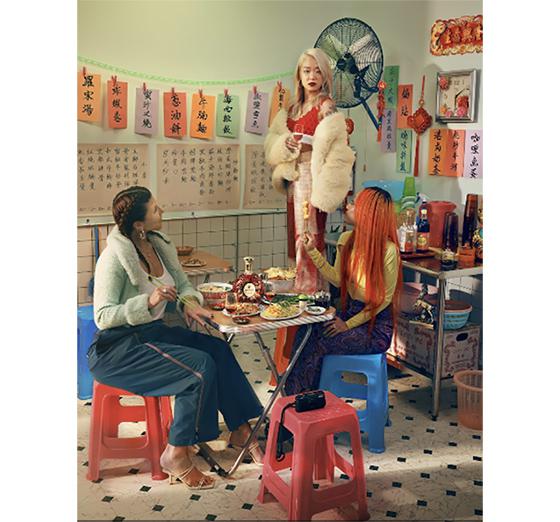 In addition, Rémy Martin debuted its “Family Spirit” print campaign last week to highlight the Lunar New Year. 2022 is the Year of the Tiger in the Chinese calendar. The work celebrates the timelessness of Rémy Martin XO, a cognac, in a specially designed limited-edition red decanter adorned with gold foil and packaged in red-and-gold box. The liqueur sells for $146.

Rémy Martin, founded in 1724, is one of the world's biggest — and most acclaimed — cognac producers. It partnered with three cultural leaders: Jessica Wang, fashion influencer, Brandon Jew, a Michelin-starred chef, and Christina Paik, photographer and stylist, to showcase their heritage. The campaign utilizes the traditional family portrait via a modern-day lens.

In the last week of January, the cognac brand released a 60-second ad in China, part of the XO campaign, starring Chinese actor, singer and brand ambassador Li Yifeng calling all pleasure-seekers. “Good things in life take time, but most of us don’t like to wait,” Li Yifeng says in a voiceover. “We want to enjoy life and live for today — is it too much to ask? Are we too impatient?” The tag: "Excellence Takes Time. Taste It Now."

Rémy Martin's Q3 2021 sales at the cognac division, which makes up 90% of group profits, rose 19.4% to approximately $380 million, surpassing analysts' estimates of 14.9%. The company said its performance reflected double-digit sales growth in China.

The story has been updated: An earlier version incorrectly said the "Mind Popping" campaign will appear at the Super Bowl. A different ad, "Stuck In" will air in the big game on Feb. 13.