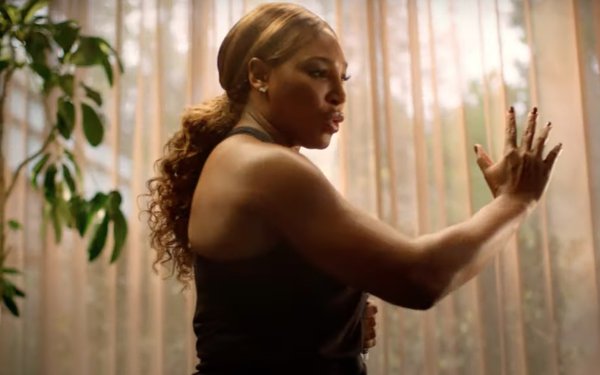 Tennis legend Serena Williams is going to the Super Bowl, starring in the newest athlete ad for Tonal.

Williams, one of the connected fitness brand's many investor-athletes, is set to appear in a spot called "Strength Made Me." It’s scheduled to run in the game's second half.

While Williams appears in many ads, including spots that showcase her athleticism for Nike and Directv, "this is much slower and [more] purposeful," says Gina Hardy, senior vice president of brand and product marketing at Tonal. "It's more intimate and close to Serena and intended to show the beauty of her strength, getting close to her musculature."

Produced by an all-woman team, the campaign reminds women that they are "capable of amazing things,” Hardy tells Marketing Daily. “And even if we're not in the best shape, we can unlock more in ourselves if we put in the time. We want to tell women not to be afraid of that."

The spot is a continuation of a campaign started with Sue Bird of the WNBA last summer, and a more recent commercial featuring the NBA's LeBron James. That ad focuses on the amount of time he puts into weight training. "He doesn't just wake up looking like that in the morning," Hardy says. "It highlights how seriously he takes his conditioning."

With Williams, ads zero in on her phenomenal strength, "which she hasn't always embraced," Hardy says. "She's been criticized for how strong she is, on and off the court. She's come to realize that her strength is one of her superpowers."

Hardy, who spent years at Gatorade before joining Tonal, says the ad’s tone is different from other sports brands'. This spot differs from a typical Gatorade ad, or even one of Williams' ads for Nike, "which are much more about owning the win, about motivation and energy." By focusing on the "mechanics of what makes her the amazing athlete that she is, this ad has a very different vibe."

The connected fitness category has been buzzing lately, and not in a good way. Peloton's falling sales have made it an acquisition target, and Lululemon recently slashed its sales estimate for Mirror.

Hardy says sales are strong at Tonal, despite consumers' return to the gym. "We have seen strong growth continue. We had our strongest holiday season this year, with November our highest-grossing sales month."

And she says retention continues to be high.

A significant challenge for Tonal is that weight training "isn't as intuitive as other parts of fitness," Hardy adds. "Tonal takes the guesswork out of it, with technology that remembers how much you've lifted before, and AI that tells you how much you should be increasing."

All that makes for an effective product, but one that's hard to sell until people see it in action. And it's expensive. Starting at $3,000, it also requires several hundred dollars more in accessories, hefty installation fees, and a monthly subscription.

So the brand is looking to expand its physical retail presence, including adding pop-ups to more locations inside Nordstrom. (It's currently in 40 stores.)

"Once people do a demo, our conversion rate is very high," says Hardy.

Digital extensions of the Williams ad will feature other women who have "defied the standards of strength," including para snowboarder Brenna Huckaby, professional soccer player Lindsey Horan and swimmer Simone Manuel.

Hardy says Tonal plans to continue running the Super Bowl ad for several months after the game. "We had an enormous uptick in awareness after the Lebron spot. We hope the Serena ad will be a nice bookend to that."