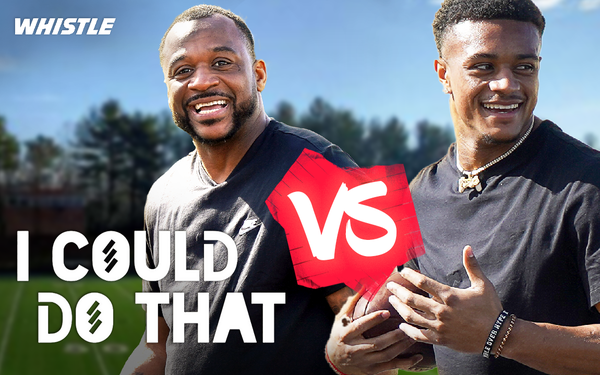 Oikos yogurt has extended its “How Strong Do You Want To Be?” campaign. The latest incarnation, “Be Strong,” ran in the Super Bowl. It will also air during the NFL Scouting Combine, March 1-7, and the NFL Draft, April 28-30.

In addition, the ad is integrated into a new season of the “I Could Do That” show, which kicked off on Whistle’s YouTube channel and social-media platforms on Monday. The show features pro athletes that place a premium on physical and mental heath, often competing against their sons in unique challenges.

In the first episode of “Oikos Strong,” football father-and-son duo, Patrick Surtain Sr. and Junior, consume protein-packed Oikos Triple Zero and Oikos Pro to prove who is stronger. The two compete in crazy, over-the-top feats, from wood chopping to SUV lifting. Both note the Greek yogurt is key to staying fit.

Surtain, Sr. played for 11 years in the NFL with the Miami Dolphins and Kansas City Chiefs. His son, Patrick, Jr. is the football cornerback for the Denver Broncos.

Caitlin Fuoco, associate director, digital Investment at Wavemaker, touted the “Strong” campaign as focused on content that promotes being the best version of yourself which means something different to every individual.”

"We love how strongly the values and tone of Oikos shine through our custom integration into Whistle's relatable programming with the natural alignment through our ‘I Could Do That’ format,” added Vinnie Butera, vice president, brand partnerships, Team Whistle.

The total U.S. yogurt market was worth $10.1 billion in 2020, according to Euromonitor International. Danone has more than one-third of the total market share.