Hennessy Puts On The Digital Moves For NBA All-Star Weekend 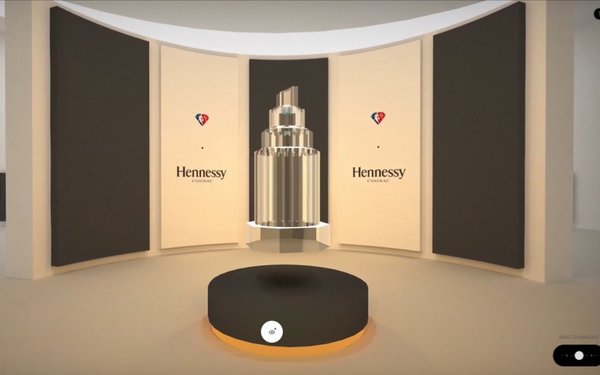 Image above: Entrance to the “floors” of online Hennessy activities.

Since becoming the official spirits brand of the NBA in February 2020, Hennessy has had to endure two years of pandemic-affected marketing, up to and including this weekend’s All-Star Game activities.

“We initially had plans to activate in-person at All-Star Weekend in Cleveland,” Jasmin Allen, senior vice president, Hennessy U.S., told Marketing Daily. “However, we have been closely monitoring the spread of COVID-19, including the latest Omicron variant, and opted to err on the side of caution by pivoting to digital activations.”

Those activations, which start Feb. 18, consist of three “floors” of online activities dubbed the “Digital House of Moves,” with development led by Media Monks:

Allen said Hennessy has been working with Gunna, Solomon, NBA Hall-of-Famer Dominique Wilkins and others on promoting Digital House of Moves as part of “a fully integrated media plan” that will include social media and billboard ads during a 90-minute TNT special on Saturday titled “The Ultimate Draft Presented by Hennessy.”

For Hennessy, Digital House of Moves is the latest in a series of digital activations over the past few months,. These have included an NFT collection, whose first offering recently sold for $226,450 through BlockBar; a live Lunar New Year virtual concert by Jackson Wang in conjunction with music collective 88Rising; and a “More Is Made by the Many” virtual livestream roundtable hosted by actor/comedian Lil Rel Howery.

“We’ve studied where the marketplace is trending and where people are going to not only consume content but connect and share experiences,” said Allen. She added that the brand’s digital activations “are all intended to enable Hennessy to meet consumers where they are in new, innovative ways. These moves are paving the way for more extensive and immersive digital experiences for Hennessy and its consumers”.

And the brand will also continue its “Make Moves That Start Movements” commercials throughout coverage of the weekend’s NBA activities on TNT and NBA TV, including the “Celebrity Game” on Friday, “All-Star Saturday Night” on Saturday, and the “All-Star Game” itself on Sunday.