OAN Sues AT&T After Being Dropped By DirecTV, But Ad Deal Continues 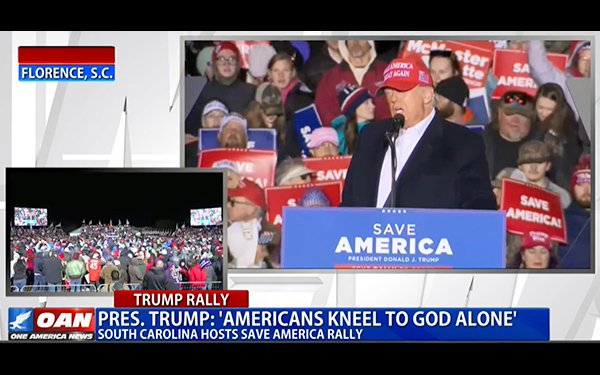 The parent company of OAN, the conservative-focused TV news network dropped by DirecTV, has sued AT&T,  the former owner of the satellite pay TV provider, partly due to its continued agreement under Xandr, AT&T’s advanced advertising unit.

AT&T’s Xandr struck an agreement with Herring Networks’ OAN in 2019 to be the exclusive advertising sales representative for its TV ad-inventory content -- a deal that expires in mid-2024.

DirecTV made a decision this past January to drop carriage of OAN earlier than the April deal-expiration date. At the time, DirecTV said: “We informed Herring Networks that, following a routine internal review, we do not plan to enter into a new contract when our current agreement expires.”

To complicate matters, AT&T completed a spinoff of DirecTV to private-equity company TPG Capital in August of last year. Then in December 2021, AT&T agreed to sell Xandr to Microsoft.

In the announcement of the proposed Xandr deal, AT&T says the “transaction does not include the advertising sales business supporting DirecTV.” It did not provide further details.

AT&T did not respond to inquiries from Television News Daily by press time.

OAN began its relationship with AT&T back in April 2014, striking a network carriage deal with OAN to be carried by its U-Verse telco pay TV provider. AT&T completed its deal to buy DirecTV in July 2015.

In April 2019, OAN struck a deal with AT&T’s Xandr to sell both “traditional advertising and programmatic targeted advertising for Herring’s programs.”

In the lawsuit, Herring Networks’ main complaint that it “reasonably believed” the Xandr agreement was also a commitment to “renew” a carriage deal through DirecTV.

Now it says it “is locked into an advertising agreement requiring AT&T Services to be the exclusive advertiser for OAN and AWE (A Wealth of Entertainment), but will be unable to broadcast OAN and AWE via DirecTV if DirecTV fails to renew the affiliation agreement.”

Herring said its action was to “redress” the AT&T actions -- “an attempt to unlawfully destroy an independent, family-run business and impede the right of American television viewers to watch the news media channels and programs of their choice.”

The lawsuit says DirecTV’s non-renewal will result in damage to Herring “exceeding $1 billion.”