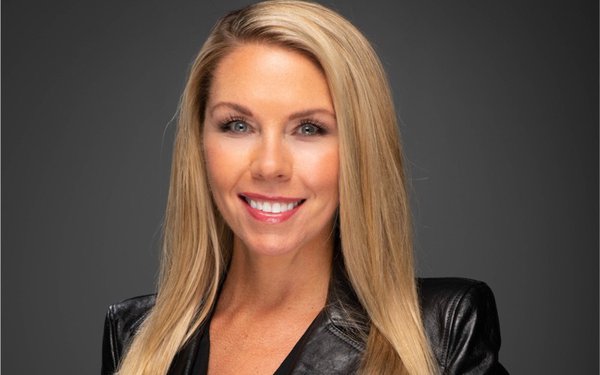 Allyson Witherspoon has made anticipating and responding to shifting consumer needs and preferences a priority during her three years as vice president and chief marketing officer, Nissan U.S.

So it's no surprise the brand has finished at the top of Reputation’s annual study of automakers two years running in 2020 and 2021.

Despite chip shortages and supply chain issues facing the entire automotive industry, Nissan Group announced total calendar year 2021 U.S. sales of 977,639 units, an increase of 8.7% compared to the prior year.

For these reasons, Witherspoon has been selected as MediaPost’s 2021 Automotive Marketer of the Year. She will receive the honor April 13 at the MediaPost Marketing: Automotive conference during the New York International Auto Show at Javits Center.

As of late, Witherspoon has been orchestrating marketing that honors the brand’s 80-year heritage while showing off the “New Nissan.”

“We’ve been working over the last year on really trying to refine who we are and how we show up in the world as a brand,” Witherspoon recently told Marketing Daily. “We’re in the middle of this huge product transformation, and so we wanted to kind of go back in and look at our history.”

The job of rebuilding the Nissan brand was formidable -- and Witherspoon has done it with more limited resources than some of her competitors, says Ian Beavis, chief strategy officer for consultancy AMCI, and a juror for the Marketing: Automotive awards.

“She has had to battle against the odds all the way, and has not wavered,” Beavis says. “She is a very rare CMO.”

Witherspoon confidently reorganized both her own marketing department and prompted the automaker's agency to do the same after taking over the position from Jeremy Tucker in March 2019.

She has also held firm in her creative choices, such as sticking with actor and feminist Brie Larson as a spokesperson after receiving some backlash when the “Refuse to Compromise” campaign for the redesigned Sentra debuted in March 2020.

Some of Nissan’s fanbase did not embrace Larson’s values, and the ad itself featured the actor telling a woman never to compromise in the workplace.

The automaker continued to use Larson in campaigns and even elevated her to a brand ambassador. The ads have tracked well, often being among the most watched, according to iSpot.tv calculations.

“Nisan’s image has remained consistent and powerful while breaking stereotypes, especially among women,”  says Scotty Reiss, editor and founder of A Girls Guide To Cars and a juror for MediaPost’s Marketing: Automotive awards. “The integration of Brie Larson into so many elements of the work continues to reinforce the message that cars and their performance matter — to all of us.”

A piece of advice Witherspoon says she was given early in her career that she still follows today is, “call BS early and often. You know what’s right and wrong. Don’t concede. We all have to push. And once you start getting into higher-level positions, bring people along with you.”

Nissan’s dealers have also elevated their retail efforts thanks to Witherspoon’s guidance.

“The brand has traditionally done some of the most brand-destructive work in the category,” Beavis says. “Nissan is now running entertaining, brand-positive and effective work for the first time in decades. It’s no small feat.”