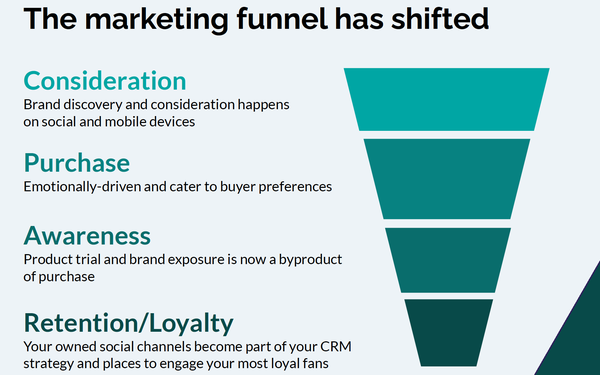 Everyone knows alcohol ecommerce has boomed over the past two years, but where are people doing their shopping -- and what’s driving them there?

“Consumers are still changing their retailer preference when it comes to buying their booze online, and there are also new and emerging platforms and technologies for alcohol advertisers,” noted Sasha Reyes-Guerra, director of international business development for ecommerce platform MikMak, in a Wednesday webinar presented with Heineken.

On the retailer side, Instacart has surpassed Drizly as the top alcohol ecommerce retailer. according to the latest stats from MikMak. On the platform side, Pinterest is rising rapidly as a source of such retail traffic.

Over a five-month period ending Jan. 31, MikMak found 7.9% of alcohol shoppers checking out on Instacart, followed by 7.6% on Drizly and 4.3% on ReserveBar. Local grocery stores combined, though, made up a whopping 63.9 % of all checkouts.

While Meta’s Faceboook and Instagram totaled together held an equally dominant leadership position in traffic sources with 64%, Pinterest rose from 5.4% in third quarter 2021 to 9% this January. Programmatic advertising from Google came in third at 7%.

In other, totally unrelated, Heineken digital news, the company on Thursday launched Heineken Silver, whose video touts “no calories, no hidden ingredients…and no beer.”

But don’t take this too seriously, even in the metaverse.

“Heineken Silver is an ironic joke,” admitted Bram Westenbrink, global head of Heineken Brand. “It is a self-aware idea that pokes fun at us and many other brands that are jumping into the metaverse with products that are best enjoyed in the real world. For now, you can't taste pixels and bytes.

“We know that the metaverse brings people together in a light-hearted and immersive way that is really exciting – but it's just not the best place to taste a new beer.”

For that, we’re sure Heineken and MikMak would suggest home delivery.