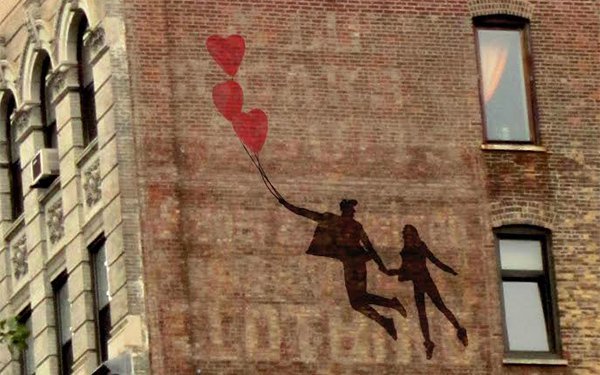 In the U.S., the number of children needing foster care, as a result of the pandemic, has grown to more than 500,000. An estimated 1,300 children and teens in Allegheny County, which encompasses Pittsburgh, need families.

PMI Digital, a Pittsburgh-LA-based creative studio, was recruited by Auberle, one of Pennsylvania’s largest group homes, since it had reached its capacity to care for children. Julia Hannan, PMI’s head of production, teamed up with Damien D’Amico, its creative director, and muralist Ashley Hodder to launch the “Love Carries” outdoor campaign.

The idea is to illustrate that love can elevate children above their troubled conditions.

“The concept of hope is insanely powerful,” D’Amico told Agency Daily. “For children in foster care, it might be hard to imagine they could be ‘lifted’ up out of their current situation and into the arms of a family that will love and cherish them. The ‘Love Carries’ murals help them visualize this possibility, while reminding local families that the children need their help.”

City leaders are keeping the murals intact through the end of the year. Robert Orris, a former Auberle child, said: “I know what it’s like being a kid and not having anybody — and I just want to be that somebody.”

Giselle Baretto Fetterman, Second Lady of Pennsylvania, the wife of John Fetterman, the Lt. Governor, called the campaign “beautiful and fun and it’s vibrant. Art brings people together. We are recruiting love.”