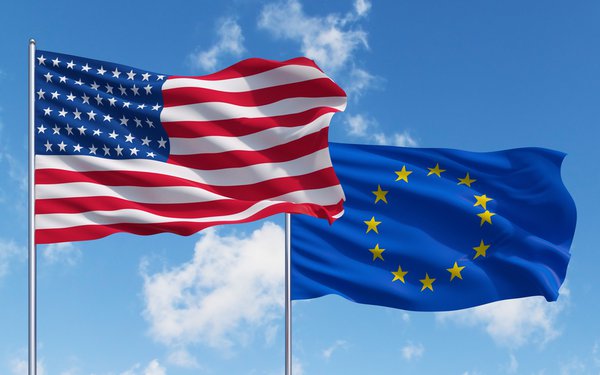 The U.S. and the European Union on Friday reached a preliminary deal on an revamped privacy shield -- the Trans-Atlantic Data Privacy Framework -- that allows data about Europeans to be stored on U.S. soil.

Negotiators have been working on an agreement since the EU's top court declined the agreement in July 2020 because of concerns that the data was not safe from access by American companies once transferred across the Atlantic.

It's important to note that this is an agreement in principle. Nothing in writing as yet. Nonetheless, The White House released a statement that the U.S. committed to implement new safeguards to ensure national security and the privacy of EU personal data.

“Data flows are critical to the trans-Atlantic economic relationship and for all companies large and small across all sectors of the economy,” states The White House.

More data flows between the United States and Europe than anywhere else in the world, enabling the $7.1 trillion U.S.-EU economic relationship., The White House stated.

Companies in the U.S. and Europe have struggled to come to an agreement. And while all the issues have not been resolved, most technical issues have.

"I am pleased that we found an agreement in principle on a new framework for transatlantic data flows,” stated European Commission President Ursula von der Leyen. “This will enable predictable and trustworthy data flows between the EU and U.S., safeguarding privacy and civil liberties.”

Of the 5,400 American companies that joined the EU-U.S. Privacy Shield, an estimated 70% are smaller firms, according to Lartease Tiffith, executive vice president of public policy for IAB. These thousands of small-and-medium-size businesses rely heavily on the Privacy Shield to transfer data from the EU to the U.S., and to serve and compete for new customers, he wrote.

“Commerce, jobs, and economic growth on both sides of the Atlantic depend on efficient, secure exchanges of information between the United States and Europe,” he wrote. “Clarifying rules for international data transfers will provide greater certainty not only for established companies, but also for small- and medium-sized businesses that are increasingly global because of the internet’s power to break down geographic barriers.”

"The final text will need more time, once this arrives we will analyze it in depth, together with our US legal experts,” wrote Max Schrems, Honorary Chairman of noyb. “If it is not in line with EU law, we or another group will likely challenge it. In the end, the Court of Justice will decide a third time. We expect this to be back at the Court within months from a final decision."