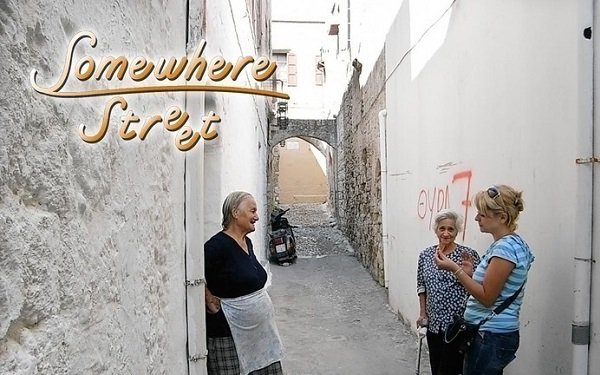 Serenity can be difficult to find in our raucous, abrasive TV media today, but an oasis exists if you can find it.

It is NHK World, a worldwide service of Japan’s public TV network NHK that is well worth searching for.

In contrast to the content lineups of so many of our TV networks and streaming services, the NHK World schedule brims with peaceful programming.

In the case of this network, “peaceful” is not synonymous with “boring.” On the contrary, the shows on NHK World are distinctive and arresting in every way.

The subjects they cover are wide-ranging, and the quality of the videography in all of them is consistently jaw-dropping.

Its programs showcase the best of Japan. Since NHK is owned by the Japanese government, some might regard NHK World and the positive programming it presents as propaganda.

I prefer to think of it as wholesome publicity that Japan has every right to provide for my viewing pleasure.

In New York City, NHK World is provided as a diginet of the New Jersey public TV station WNJN.

As such, Spectrum cable in Manhattan places it in the high 1200s on its channel lineup where it groups other such channels such as MeTV, Antenna, Create, Movies! and the like. NHK World can be found there on channel 1279.

Since the diginets noted above are channels we tend to visit semi-regularly here at home, stumbling on NHK World was inevitable.

One of NHK World’s chief attractions fulfills something that the TV Blog has often opined about here -- that one of TV’s greatest strengths is its ability to take us places where we are unlikely to ever go ourselves.

With that in mind, tune in anytime to NHK World and prepare to be transported and/or fascinated.

In the latter category is one of NHK World’s food shows, “Lunch ON!,” in which an excited off-camera narrator visits ordinary people in their workplaces to see what they are having for lunch. That’s all it is.

In another lunch-oriented show, “BENTO Expo,” bento fans in Japan and southeast Asian countries show off their bento box lunchtime creations on video from their homes while a pair of in-studio hosts smile happily and praise them for their ingenuity.

For the uninformed, bento boxes are small rectangular boxes into which various foods are meticulously arranged.

In both of these shows, NHK World turns a mundane subject, lunch, into mind-boggling TV that cannot fail to lift the spirits.

Please note that all NHK World shows provided in the U.S. are in English. Many of the network’s presenters speak perfect English. In other instances, Japanese-speaking natives are dubbed in English.

Moving on from lunch, perhaps you will come upon the show called “Cycling Around Japan,” in which some guy tours Japan on his bike through some of Japan’s most picturesque locales and stops to talk to total strangers he meets along the way.

Another show in that same vein is “Japan Railway Journeys,” in which Japanese trains stop at stations where some of the world’s most beautiful vistas await.

And then there is the incomparable “Somewhere Street.” This is the show that first endeared us to NHK World.

In this show, another enthusiastic off-camera narrator plays the role of goggle-eyed tourist who walks around a city somewhere with a hand-held camera chatting up ordinary people just going about their lives.

This show’s destinations are so far-flung and so diverse that it is as if they were chosen randomly with a dart thrown at a world map.

They range from Newcastle in the UK and Orvieto, Italy, to Ho Chi Minh City in Vietnam and Almaty, Kazakhstan.

The Almaty episode was particularly eye-opening and insightful. It is a city I never heard of, in a country I know next to nothing about.

But “Somewhere Street” humanized this remote country and its people and in the process, reminded anyone who saw this that people everywhere have much in common.

There is so much more to NHK World that this TV Blog would far exceed its suggested daily allotment of words to get into more of them here.

Fortunately, there is always the NHK World website. Visit it here to learn more.