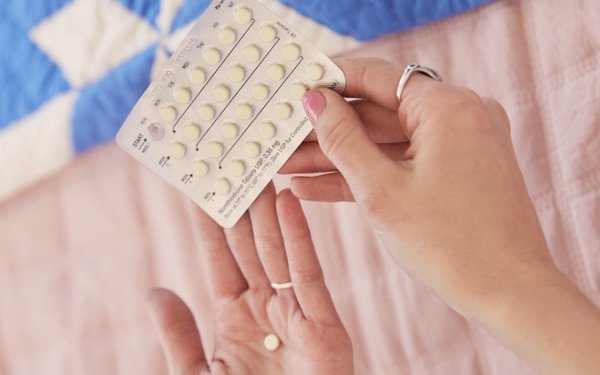 The Pill Club wants to expand its share of America's medicine cabinets. Already established as a birth-control provider, it's rebranded as Favor. Liz Meyerdirk, chief executive officer of the San Francisco-based company, explains the decision to enlarge the company’s mission.

D2C FYI: Rebranding is always a risk. In this case, you're moving from a specific name to something vaguer. How did you calculate the pros and cons?

Liz Meyerdirk: We wanted something broader and a little less hemmed in. And it's more in tune with how we approach holistic care for women and people who menstruate. They are often dismissed, talked over and even ignored in healthcare.

The brand is built on getting treated right. We want people to feel really seen by the system. And in some ways, that is a favor -- it's a positive thing when you're able to offer that. We hope that feeling and approach come through.

Meyerdirk: Skincare. It was the 4th-most requested add-on service, so we're adding dermatologists to our care team and prescription and OTC products.

D2C FYI: Many D2C healthcare brands also claim skincare, including Ro and Hims & Hers Health. How are you differentiating?

Meyerdirk: Customer experience, for one thing. In every shipment, we send out a package with elements of self-care and self-love. Chocolate, for example, or Brazilian butt cream. It creates a sense of membership. though we no longer have the word "club" in our name, we're still offering that sense of community.

D2C FYI: How much does it cost to rebrand at this level? And how long do you estimate it takes to do it effectively?

Meyerdirk: I'm not going to comment on spending. In terms of timing, one of the things I'm grateful for is our very specific demo: Gen Z and millennial women and people who menstruate. So that's very targeted, and we have tried-and-true channels, like Instagram and TikTok. So from a timing standpoint, I'm very confident in our ability to reach existing customers and patients and folks who don't work with us yet.

D2C FYI: Two changes are shaping your audience right now. First, there's been a galloping acceptance of telehealth. Second, there's been an onslaught of attacks on people's right to reproductive healthcare, especially abortion,

Meyerdirk: So the pandemic has caused a 30 fold increase in telehealth. That's a huge driver and very impactful for our business. As people get more used to it, it's all the more reason to advocate for primary care via telehealth.

Virtual care shouldn't be a luxury reserved for people who can pay out of pocket. About 97% of U.S. women between 13 and 44 who need publicly funded contraception live in contraceptive deserts. They just don't have reasonable access to a healthcare center. Virtual care should be the norm. One day it will be, and we are building that reality today.

Meyerdirk: That's not something that we're doing today. We are actively assessing how we can help support our patients. We believe everyone should be empowered to make healthy choices about their bodies and that abortion should be accessible and affordable for anyone who needs it.

D2C FYI: Another change is a new wave of legislation specifically targeting people who are transgender, restricting their healthcare. And your company is very deliberate in its trans-inclusive messaging. How does this market fit into your offers?

Meyerdirk: That's a big part of the rebrand to Favor. You'll see it in the imagery and in our language. Our goal is to make sure people are seen -- really seen -- by doctors and providers. And for many trans people, that's been a struggle. So we continue to think about ways to reach all of these people so that they know that there's a place to go. We're expanding the ways we think about how we can personally identify to meet and mirror what our customer base looks like.

D2C FYI: You've tried to increase your brand's visibility with your uterus-shaped vending machine, which sells women's health products and appears at events. Will that be retired as you rebrand?

Meyerdirk: No, we love the Cuterus! We're thinking of taking it on tour, so stay tuned.