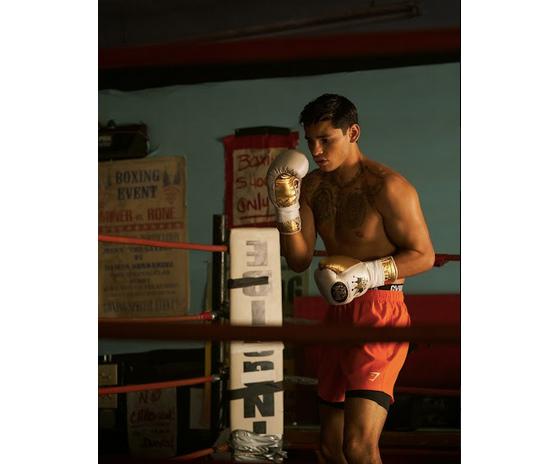 Gymshark, the global fitness community and apparel brand, has punched up a new campaign with professional fighter and Gymshark athlete Ryan Garcia ahead of his April 9 comeback bout.

Garcia was one of the first boxer/combat athletes the company aligned with.

PRETTYBIRD created a three-minute film to tell Garcia’s story, focused on a family, training and ambition. Garcia was trained by his father and uncle in their garage in Victorville, California.

The campaigns is live on Gymshark socials and YouTube. DAZN, the streaming service broadcasting the fight, will also drive viewers to YouTube.

Garcia has a professional record of 21 wins and no losses. However, shortly after beating Great Britain’s Luke Campbell in January 2021, a major victory, “King Ry” announced he was getting help for anxiety and depression, putting his career on hold.

The work, voiced by his father, is about Garcia’s ability to face — and overcome — obstacles in and out of the ring.  He has also training hard for his big fight against Emanuel Tagoe in San Antonio’s on Saturday.

“When I’m training, and I step in the ring, it’s so important I have that support, that family behind me — and Gymshark really is that for me. They believed in me even before my big successes. and we share so much in common,” said Garcia. “We have this next level drive and ambition, and we value hard work and family above everything.”

The creative has a simple message: own the journey not the destination. It promotes perseverance and community, as well as the connection between Garcia and Gymshark, a British-owned company.

Sennai Atsbeha, vice president, brand marketing, Gymshark, calls Garcia’s story “inspiring and relatable.” He was signed by Gymshark before he became a boxing superstar. “Since we’re a community-driven brand, Ryan’s grounded perseverance and appreciation for his support network makes him an ideal partner.”

Gymshark is an international athleisure wear brand, shipping to more than 230 countries across 14 online stores. For the fiscal year 2021, Gymshark generated £400 million (around $550 million) in annual revenue.