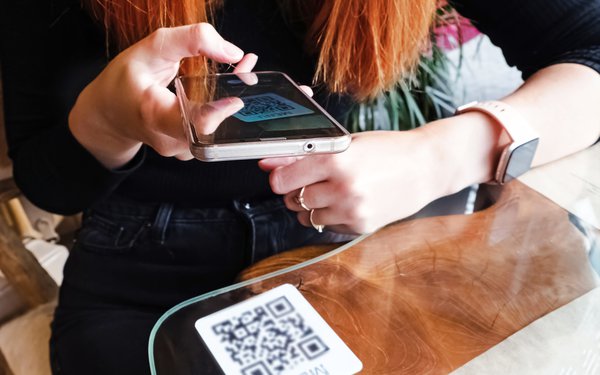 The QR code is back!

Introduced in 1994 as a mobile tagging feature for manufacturers, the QR code has been used by marketers since the 2010s, but was hampered by the clunkiness of its use. In 2017, both iPhones and Android phones made their camera apps native QR Code readers, meaning consumers no longer had to download a QR Code reader to scan the codes.

In 2020, 11 million households in the U.S. scanned a QR code. Since then, the restaurant industry has led the way in QR code adoption. Based on Flowcode’s data, 72% of adults have reported scanning a QR Code in the past 30 days, and 92% of adults have scanned QR codes outside of a restaurant. In addition, CVS and Foot Locker have added them to checkout registers. Insider Intelligence predicts that 83.4 million U.S. smartphone users will scan a QR code in 2022, a 10% rise from 2021 and a 59% increase from 2019.

The pandemic has, of course, been a boon to QR code adoption, as has the maturation of the medium. Jim Norton, chief revenue officer of Flowcode, said there’s now an expectation of a relevant value proposition. “Whether that’s if I want to eat, I have to scan the code – to, if I sign up for a newsletter, download a coupon or enter a sweepstakes, I’m going to be able to get information in a friction-free way.”

Though the restaurant industry has been the biggest beneficiary of the growth of QR codes, Norton sees television as the fastest-growing medium for QR codes right now. In addition to Coinbase’s 60-second Super Bowl ad, the NCAA’s March Madness included QR codes (for those viewing the games on TNT). “It's a great way to enhance the viewer experience,” Norton said.

In addition, Coinbase’s Super Bowl ad prompted a lot of interest in QR Codes, Norton said. “What we're seeing is that from an advertiser standpoint, they're recognizing that the fastest way to connect their brand and consumer is through the device that is already in the consumer's hands."