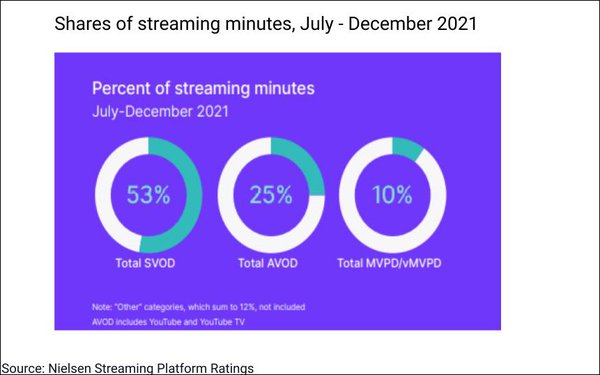 Multichannel video programming distributors (MVPDs) and virtual MVPDs accounted for a combined 10% of streaming minutes in last year’s second half.

AVODs are also attracting more diverse audiences than both traditional TV and SVODs.

For example, Pluto TV and Tubi each attract more than twice as many Black viewers as traditional linear TV: 36% and 39%, respectively, versus 17% for linear. 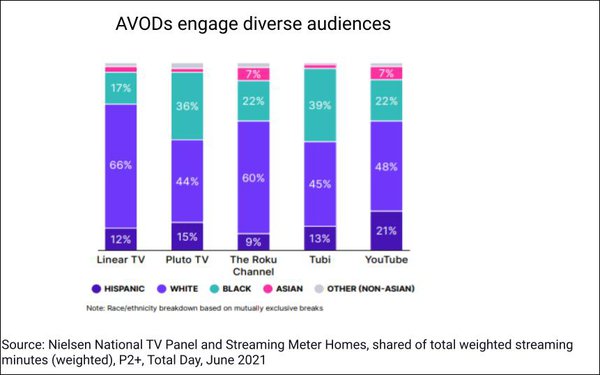 vMVPDs’ ability to combine VOD streaming content, live broadcast and cable sources continues to drive greater adoption of this option, with 12.5% of Nielsen Television Panel households reporting using one of these services as of February 2022 — up from 7.1% in February 2020.

YouTube TV has seen the largest growth and now accounts for 5% of vMVPD users.

vMVPDs are most popular among viewers 35 to 54, who account for 44%. The remainder are about evenly distributed among those over 55 and those under 35. 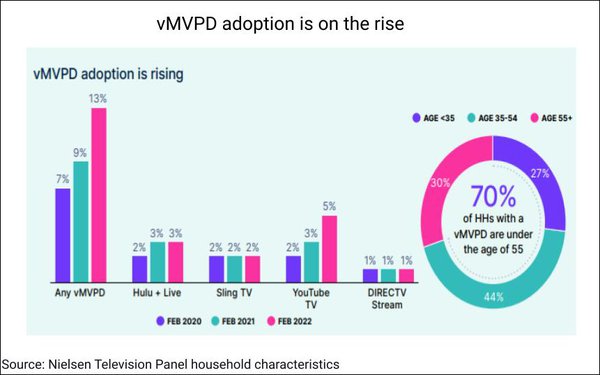 The State of Play report uses Nielsen TV measurement and streaming data, insights from Nielsen’s Gracenote unit, and findings from a streaming media consumer survey of a representative sample of U.S. adults (1,394) conducted from December 14, 2021 to January 6, 2022.