TV Shows Migrating From Streaming To Linear And Vice Versa 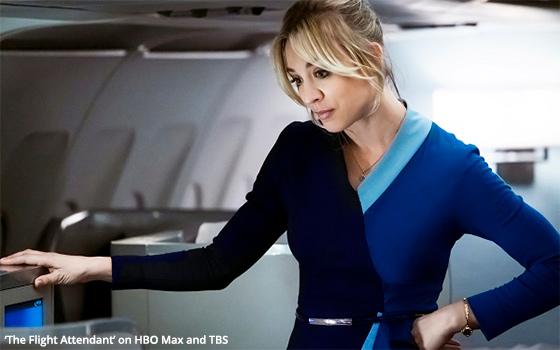 TV shows today are on the move, coming out from behind streaming paywalls for second runs on ad-supported networks or moving from ad-supported to streaming.

This back-and-forth is on the increase as our content colossi have evidently been crunching the numbers for various TV shows in order to decide where their costs can be recouped and their profit potential best exploited -- on streaming or linear, or a combination of both.

“The Flight Attendant” starts its second season of eight episodes on Thursday (April 21) on the HBO Max streaming service. Earlier this month, the series’ first season turned up on basic-cable TBS. Both are owned by the newly formed Warner Bros. Discovery.

“Paris In Love” was first seen last fall on Peacock. More recently, it joined the lineup on E! Both are NBCUniversal properties.

The thinking here is likely twofold: First, to increase viewership for both beyond streaming and in the process, offer them to advertisers; and second, to give promotional visibility to the streaming services on which they originated.

Perhaps these second airings are like “Act now!” TV commercials whose copy might include: “These shows are here for a limited time only! To see these and other great shows anytime, subscribe now to [insert streaming service]!”

Meanwhile, other shows are migrating in the opposite direction -- from linear to streaming -- in a similar bid, presumably, to raise the profiles of the streaming services and drive subscriptions.

One of them is “RuPaul’s Drag Race All-Stars,” which last year moved from VH-1 on basic cable to take up residence exclusively on Paramount+, the streaming service owned by Paramount Global (formerly ViacomCBS).

The original or “mothership” show in the RuPaul empire, “RuPaul’s Drag Race,” remains on VH-1.

But here again, anyone who wishes to watch the decidedly amped-up “All-Stars” version must subscribe to the streaming service.

The powers-that-be at Paramount Global must believe that the “All-Stars” edition of “RuPaul’s Drag Race” is so alluring that it will steer “RuPaul” audiences to Paramount+ and thereby drive new subscriptions in numbers sufficient to justify moving this show off of VH-1.

At the same company, two CBS dramas have been moved entirely off of the network to Paramount+ -- “SEAL Team” and “Evil.”

Perhaps the boldest and most conspicuous of the network-to-pay-streaming moves so far is the planned shift of ABC stalwart “Dancing With the Stars” exclusively to Disney+ next fall for at least the next two seasons.

When the move was reported earlier this month, ABC said in a statement that the plan was put in place at least in part to make room on some Monday nights next fall for “Monday Night Football” games “as well as [to] develop and invest in new and future programming.”

But the goal of driving Disney+ subscriptions among the legions of “DWTS” loyalists who have watched the show through 30 cycles thus far is also an obvious motivating factor for trying out this plan.

The move represents the first time that such a popular, long-running and, most notably, live reality-competition show will be made available only on SVOD.