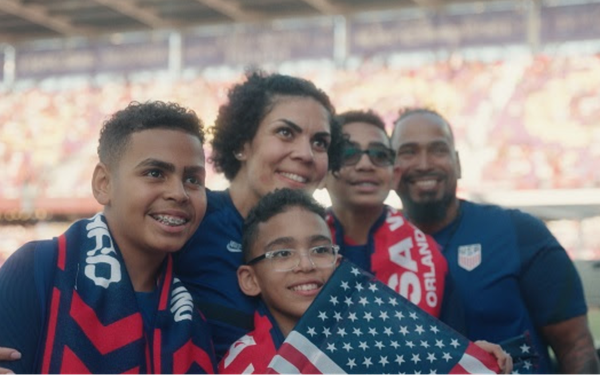 Volkswagen of America is leveraging its partnership with U.S. Soccer in an effort to raise awareness of Autism Spectrum Disorder.

The automaker, which has worked with U.S. Soccer for three years, enlisted Christian Pulisic, one of the stars of the U.S. Men’s National Soccer Team, and a VW brand ambassador.

Volkswagen was inspired by two brothers: Elijah Smith, 13, and Jeremiah Smith, 11, who were diagnosed with Autism Spectrum Disorder.

While many children diagnosed with autism feel overwhelmed when exposed to many stimulating senses, Elijah and Jeremiah find comfort in soccer. Elijah loves to be on the field, chasing after the ball, while Jeremiah prefers to watch his older brother and the professionals play.

Pulisic is a global superstar player but is also an activist for people diagnosed with autism, having grown up with a sibling with Asperger’s Syndrome.

When Volkswagen told Pulisic about the Smith family, he offered to surprise them with an invitation to attend the U.S. Soccer Men’s National team World Cup Qualifying match vs. Panama on March 27 at Orlando’s Exploria Stadium.

VW created a 60-second video to capture the family’s experience with the soccer star. It is being shared on social media with the hashtag #AutismAcceptanceMonth, which runs through April.

The boys received a personalized invitation from Pulisic through VW Champ, the VW custom telepresence robot, to attend the match, watch the team train the day before the match, and tour the team’s locker room via VW Champ. On match day, the boys watched as Pulisic scored three goals while leading the USA to a 5-1 victory.

Volkswagen has been using VW Champ since 2021 to provide once-in-a-lifetime experiences with the U.S. Men’s and Women’s National Soccer Teams for young soccer fans with health challenges that may prevent them from attending sporting events in person.

The automaker also is making a donation to The Autism Society of Greater Orlando, and Pulisic is matching the donation.