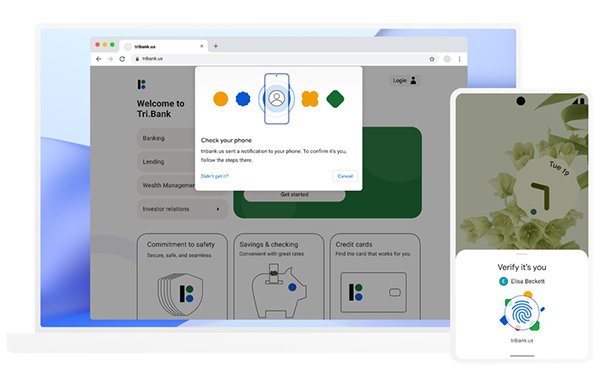 Collaboration is key to advancing technology, and the advertising industry is no exception. Apple, Google and Microsoft are collectively working on a way to move beyond passwords for everything from emails to access to phones and computers.

Individually, each company participating in the group has made progress developing ways to protect data -- such as two-step verification and facial recognition -- but this move expands support for a common passwordless sign-in standard created by the FIDO Alliance and the World Wide Web Consortium.

The joint effort aims to make the web more secure. The new capability will allow websites and apps to offer consistent, secure, and easy passwordless sign-ins to consumers across devices and platforms.

When someone signs into a website or app on their phone, they will simply unlock the phone, so the account will no longer need a password, explains Sampath Srinivas, PM director of secure authentication at Google, and president of the FIDO Alliance.

To sign into a website on a computer, the person will need their phone nearby, and prompt it to unlock it. Only on the first time.

“Even if you lose your phone, your passkeys will securely sync to your new phone from cloud backup, allowing you to pick up right where your old device left off,” he wrote.

Apple and Microsoft have also announced that they will offer support for their platforms. The change simplifies the sign-in process across devices, websites, and applications, no matter what the platform, without the need for a single password. The capabilities will become available in the coming year.

“Hundreds of technology companies and service providers from around the world worked within the FIDO Alliance and W3C to create the passwordless sign-in standards that are already supported in billions of devices and all modern web browsers,” per the release. “Apple, Google, and Microsoft have led development of this expanded set of capabilities and are now building support into their respective platforms.”

The expanded support will allow users to automatically access their FIDO sign-in credentials, or passkey, on many devices, even new ones, without having to re-enroll every account.

It also will enable users to use FIDO authentication on their mobile device to sign in to an app or website on a nearby device, regardless of the OS platform or browser they are running.