Senate Bill Would Force Google To Break Up Ad Business 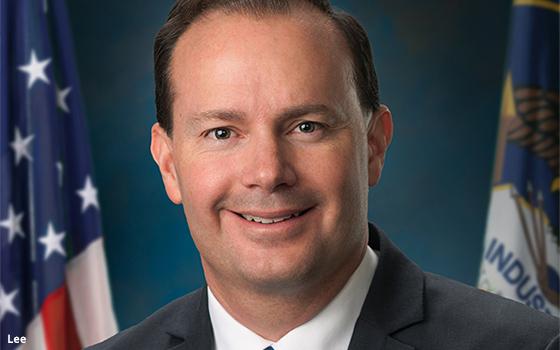 Utah Republican Mike Lee led a bipartisan group of senators to introduce legislation Thursday that would focus on “conflicts of interest” in advertising technology and force Google and others to break up online ad businesses.

The bill comes as allegations grow that Google deceived advertisers and news publishers about ad auctions and hurt ad businesses.

“Breaking those tools would hurt publishers and advertisers, lower ad quality, and create new privacy risks. And at a time of heightened inflation, it would handicap small businesses looking for easy and effective ways to grow online,” a Google spokesperson told The Wall Street Journal. “The real issue is low-quality data brokers who threaten Americans’ privacy and flood them with spammy ads.”

The Competition and Transparency in Digital Advertising Act targets conflicts of interest. It would prohibit companies processing more than $20 billion in digital ad transactions annually from participating in more than one part of digital advertising.

The measure would force companies with more than $5 billion in digital advertising revenue to act in customers’ best interests and provide greater transparency on data collection, the terms of winning bids and the fees they charge.

It would affect Google especially hard, because the company dominates each part of the process between buyers and sellers, from ad serving and targeting, to demand side, sell side, and data management.

If the bill became law, it would allow customers to sue ad tech giants for violations such as failing to be transparent or act in their best interest.

The bill is co-sponsored by Senators Ted Cruz, Amy Klobuchar, and Richard Blumenthal.