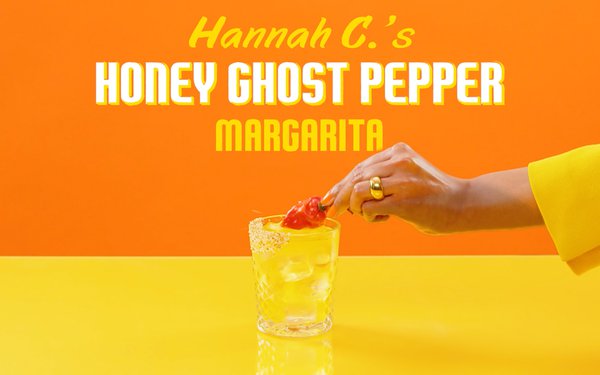 The pandemic spawned a do-it-yourself cocktail craze, ready-to-drink cocktails are still going strong, tequila is America’s hottest spirit, and the nation’s top tequila brand -- Proximo Spirits’ Jose Cuervo -- will base its next RTD Margarita on a DIY recipe from one of its users.

In return, the consumer providing the winning formula, to be determined through a contest underway through June 30, will win a prize of $100,000.

Here’s how the contest works: Entrants choose a base flavor from one of the six existing Jose Cuervo RTD margaritas, pick from dozens of suggested ingredients, add one “wildcard” ingredient of their own, and provide a name for their creation.

Jose Cuervo’s agency, Mekanism, is running a :15 spot to promote the contest, along with :08 recipe videos. The campaign -- targeted to 21- to 35-year-olds who have consumed spirits in the past six months -- provides examples of potential margarita inventions and names, such as Cindy J.’s Banana Split Bonanza, Hannah C.’s Honey Ghost Pepper and Sam A.’s Cotton Candy Carnival.

Eleven other contest finalists will each win $1,000, and all entrants will get a $5 Drizly coupon, with the new RTD Margarita expected to come to market by early 2023.

Meanwhile, Drizly’s 2022 Consumer Trend Report, released Thursday, found that the DIY cocktail trend may be waning, specifically due to the rise of RTD consumption. More than a third of respondents said they’re now making fewer cocktails from scratch, with Drizly concluding that “this could contribute to a potential decline in home mixology.”

Jose Cuervo notes that it’s America's top-selling margarita RTD, according to Nielsen, with 43% share of the market. Citing internal data, Cuervo says sales of its margaritas grew 35% in 2021 over 2019.

Drizly noted that margaritas have already been its top-selling RTD cocktail over the past 5 years, currently holding 20% share of that category’s sales.

Tequila itself, meanwhile, continues to be the country’s hot spirit, according to the Drizly report, with 17% of respondents saying they’d drink more of it this year. Although that’s a percentage point lower than those who said they’d drink more vodka, Drizly pointed out that tequila’s share of liquor sales has increased by five points over the past three years, while vodka’s share of liquor has declined by eight points over the same period.

The Drizly Consumer Trend Report, conducted in April by Prodege Decipher, surveyed 1,004 U.S. adults aged 21 and older in 33 states who had purchased alcohol during the previous 90 days.