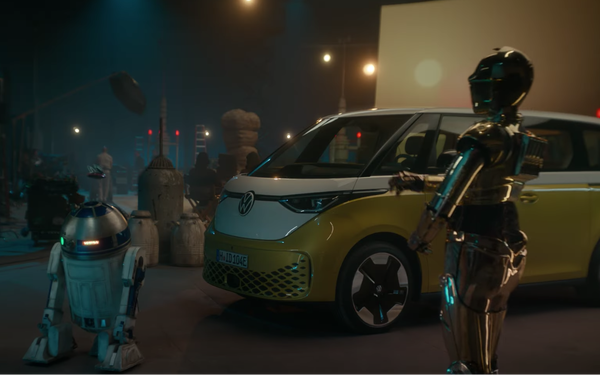 The campaign includes a spot made in collaboration with Lucasfilm and Industrial Light & Magic featuring the ID. Buzz and some familiar Star Wars characters as well as leading actor, Ewan McGregor, who will also serve as brand ambassador for Volkswagen.

“Ewan McGregor is our perfect match as an avid fan of Volkswagen since his childhood, and daily driver and collector of Volkswagen cars,” Zellmer says in a  release. “His involvement not only amplifies awareness for our brand, but also adds authenticity to our messaging.”

The actor, who already participated in the world premiere of the ID. Buzz in March, drove his first VW when he was 16 years old.

Anticipation for the show has been building, as fans across the world await the return of the iconic Jedi Master. That same emotional connection is felt by Volkswagen enthusiasts for the ID. Buzz, Zellmer says.

“By joining forces, we will have the opportunity to engage new target groups in regards to e-mobility, innovation and digitalization,” he says.

The campaign, from Scholz & Friends and Markenfilm, will run across multiple markets and includes TV and digital, as well as billboard advertising and social media.

Designers from Volkswagen and Lucasfilm have also co-created two “Star Wars Edition” ID. Buzz vans that will be unveiled at the Star Wars Celebration in Anaheim, California this week.