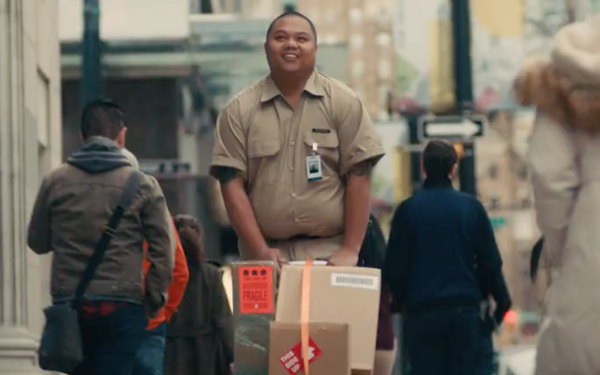 A campaign for mobile banking app Chime aims to show how financial peace of mind results in happiness.

“Happy Chime,” created by Barrett, shows consumers going about their day -- and then lighting up when they get an alert from the app with positive financial news, such as an increased credit score or information that a paycheck was deposited.

"Our members have told us how good banking with Chime makes them feel, and this campaign looks to capture that,” adds Ambraisse, who joined the banking brand one year ago after creative director stints at both Twitter and Nike.

Barrett sought to represent the more than millions of people who use Chime as their primary (direct deposit) bank account. The agency worked closely with writer-director Crystal Moselle to represent the small yet very authentic moments of delight experienced by Chime members every day.

Each notification’s “bing” sound integrates into the melody of the music like Chime integrates into members’ lives, says Jamie Barrett, executive creative director, Barrett, which has worked with Chime on a number of campaigns since 2018.

“How often do you hear someone say they love where they bank?” Barrett asks. “People genuinely do love banking with Chime. We just had to bring that to life in a genuine way.”